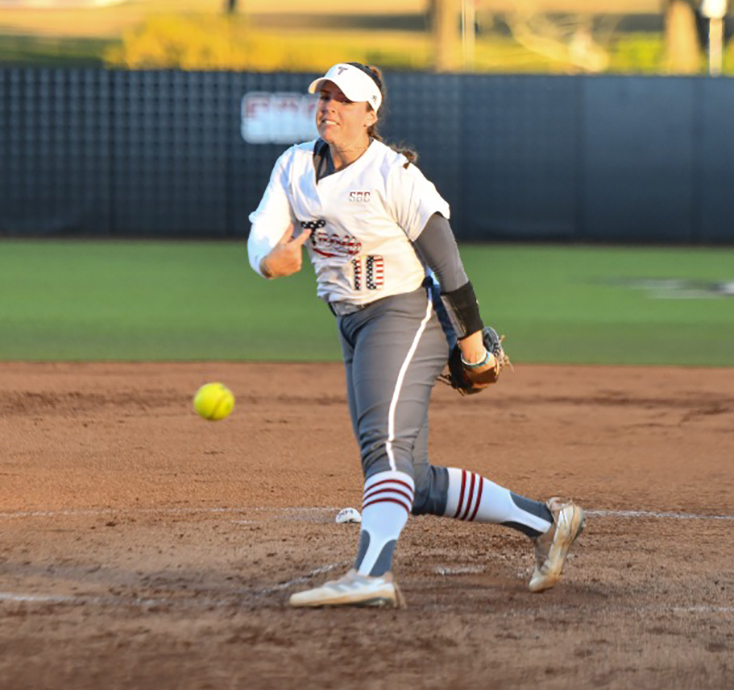 The Troy Trojans softball won 2-of-3 games in a Sun Belt Conference series with Georgia State at home this weekend as Brantley native Leanna Johnson continued to write her name in the history books.

Johnson pitched her 26th career shutout in a 1-0 game one win on April 1, breaking the school record in the process. Troy’s Jade Sinness scored the game’s lone run in the first winning, when Audra Thompson was walked with the bases loaded. Johnson pitched all seven innings and gave up just two hits, while mowing down seven batters on the day.

Troy secured the series win on April 2, picking up a 4-2 win. After Georgia State went up 1-0 in the first inning, Troy scored 4 unanswered runs. Georgia State cut the lead to 4-2 in the fifth inning but couldn’t draw any closer as Skipperville native Libby Baker pitched a one-hitter. Baker pitched all seven innings and struck out seven batters, while giving up one hit and one earned run. Sinness went 2-for-3 at the plate with an RBI and a run.

Georgia State managed to keep from being swept in game three on April 2, winning 4-0, but Troy still picked up the series win. Sinness earned Troy’s only hit in the loss. Johnson pitched all seven innings and struck out 11 batters, while giving up six hits and four earned runs. Candela Figueroa had 19 putouts and two assists on the defense end during the series.

Troy hits the road on Tuesday, April 5, for a showdown with the ACC’s Georgia Tech before heading to Louisiana for a conference series April 8-10.