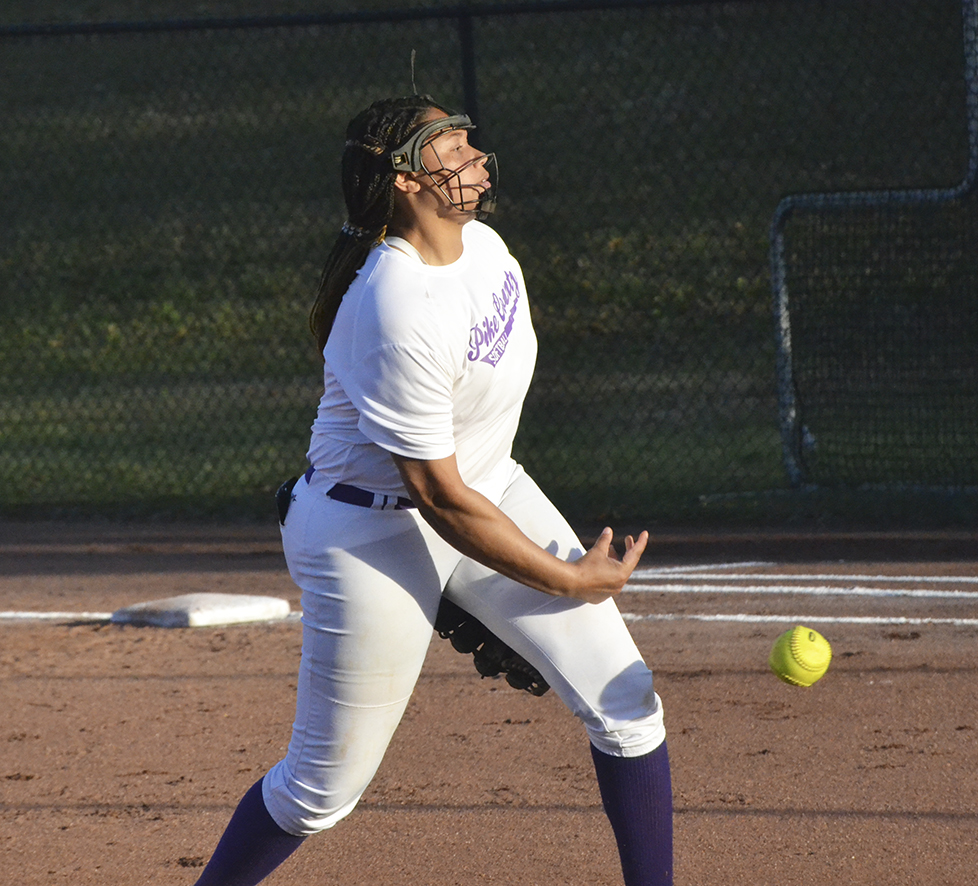 Kylan Wilkerson had a big day in the circle and at the plate against Goshen. (Photo by Josh Boutwell)

The Pike County Lady Bulldogs knocked off the Goshen Lady Eagles by a score of 17-1 in a Class 3A, Area 4 matchup on Thursday.

The Lady Bulldogs jumped out to a 3-0 lead in the first inning before Goshen cut it to 3-1 in the top of the third. Pike County then scored 14 unanswered runs, including 13 in the fourth, in the next two innings before the game was called.

Pike County earned 11 hits in 22 at bats – with seven additional walks – in the win with Takeyah Smith having a big game for the Lady Dawgs. She went 2-for-3 at the plate with five RBIs and one run. Amber Kidd went 2-for-4 at the plate with a double, three RBIs and a run, while Kylan Wilkerson went 1-for-1 with a home run, two RBIs and four runs. She was also walked twice. Jada Duncan and Amity White each scored two runs, while Auriel Moultry scored three. White also had three RBIs. Kidd, Smith and Abigail Griffin each had three putouts on defense.

The Zion Chapel Lady Rebels also picked up a 12-3 win over Northside Methodist at home on Thursday. Zion Chapel actually trailed 3-1 going into the third inning when the Lady Rebels exploded to score nine runs to take control of the game.