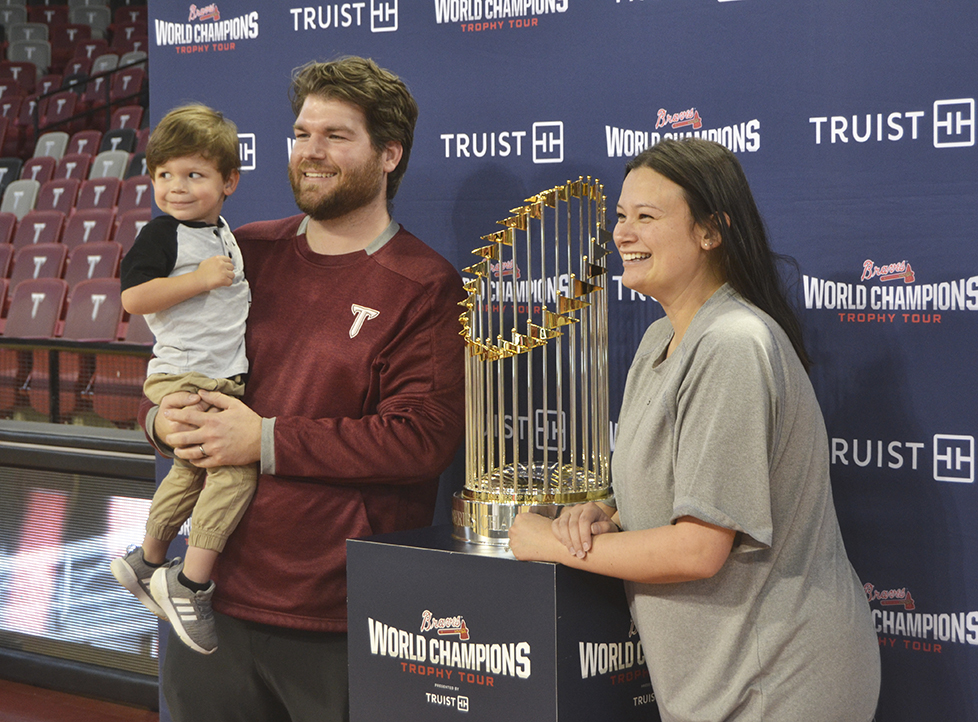 Cohen Kay, Ryan Kay and Sierra Kay get their picture taken with the World Series Trophy at Trojan Arena. (Photo by Josh Boutwell)

Troy University’s Trojan Arena hosted the Atlanta Braves’ 2021 World Series Trophy on Wednesday night as fans got the chance to get their pictures taken with the trophy.

The Braves started their 151-stop tour with the trophy, commemorating the 2021 World Series win and 151 years of Braves baseball, on Feb. 15 with stops all over the Southeast. On March 30, 1,200 Braves fans showed up to Trojan Arena to have their picture taken with the trophy. 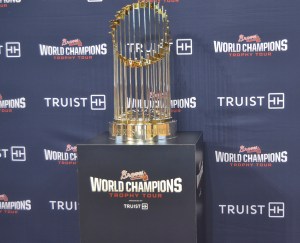 The Atlanta Braves made a stop in Troy as a part of their 151-stop tour with the trophy. (Photos by Josh Boutwell)

“We love this,” Troy Executive Associate Director of Athletics Kyle George said. “Trojan Nation is really tied in with Braves Country, so we’re really excited to have the Atlanta Braves here in Troy. It also gives us a chance to get a lot of people into Trojan Arena that maybe hasn’t been here before. So, getting people on campus is always a good thing for us to expose people to Troy University.”

The Braves will wrap up their Alabama appearances in Tuscaloosa on April 1 and in Birmingham on April 2 and April 3. The Braves will continue to travel around the Southeast with the trophy until returning to Alabama one last time in Albertville on June 25.