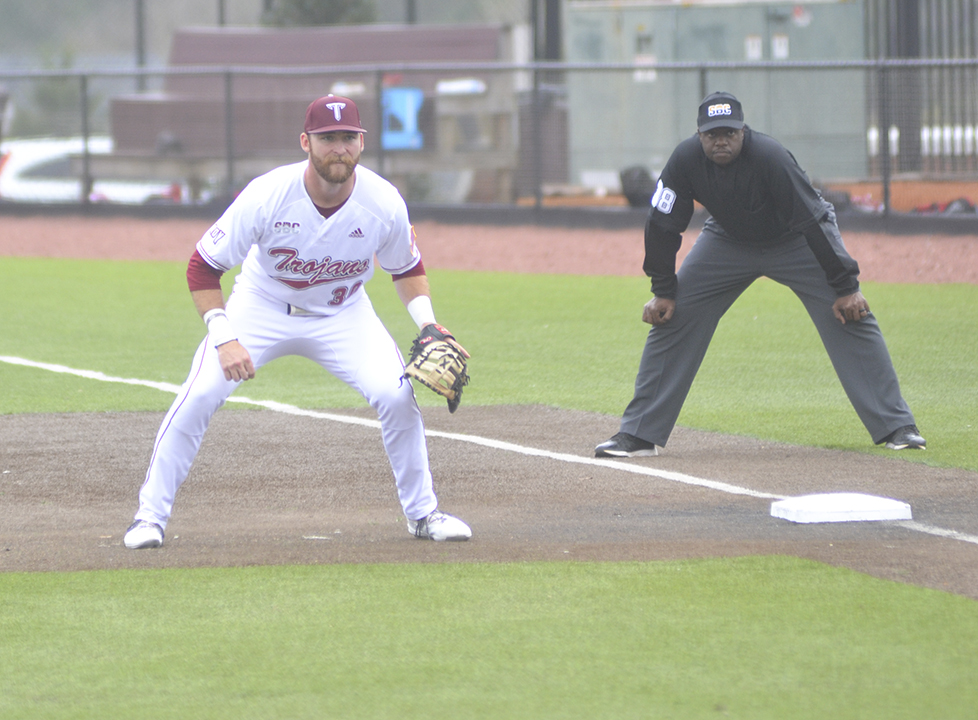 William Sullivan (30) had 10 putouts against Alabama State from his first base position. (Photo by Josh Boutwell)

The Troy Trojans baseball team hung on for a 5-4 win over the Alabama State Hornets on Tuesday, March 29, at Riverwalk Stadium in Montgomery.

Troy (17-7) has swept ASU in the two schools’ series this season, beating the Hornets 11-1 on March 22. Troy took a 2-0 lead in the top of the second inning when Clay Stearns blasted a two-run homer that also drove home Seth Johnson. Troy extended the lead to 3-0 in the third inning when Jesse Hall scored on a pop fly from Kyle Mock.

Troy’s Seth Johnson hit a two-RBI double into left field in the third inning to drive home William Sullivan and Hall to take back the lead 5-3 for the Trojans. The Hornets cut the lead again to 5-4 in the bottom of the eighth inning but Troy was able to hold them off for the remainder of the game. 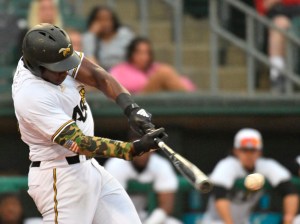 Trey Leonard led Troy at the plate, going 2-for-4 hitting, while Hunter May went 2-for-4 with a run for Alabama State. Williams – who was an all-state player at Charles Henderson – went 1-for-2 at the plate with a run. Williams also had three putouts on defense.

Troy’s Rigsby Mosley pitched two innings and struck out three batters, while giving up three hits and no runs. Ryan Pettys got the win on the mound, pitching two innings and retiring five batters along with giving up jus one hit and no runs. Marquez Oates earned his sixth save of the year, striking out three batters and giving up one hit and one earned run in three innings pitched. Noah Janney also pitched two innings and fanned four batters. He also gave up three hits and three earned runs. Stearns had 14 putouts on defense and Sullivan had 10 putouts.

Troy is back at home this weekend for a Sun Belt Conference series with Little Rock April 1 through April 3. The first game will be at 6 p.m. on Friday followed by a 3 p.m. game on Saturday and a 1 p.m. game on Sunday.