Pike County’s citizens may not be aware that all E-911 dispatch has been consolidated at one central location. 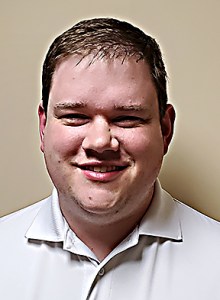 David Morgan, executive director of the Pike County Communication District, said the change occurred in the fall of last year. All E-911 dispatch for the Troy, Troy University and the county’s volunteer departments were switched to a central dispatch on Oct. 7. Brundidge police and fire followed at the end of the month and the Pike County Sheriff’s Office completed the transition to central dispatch in December.

Morgan said the consolidation of dispatch would save all agencies involved money, as well as providing more efficient service countywide.

“Money,” Morgan said. “It’s more cost efficient because we can consolidate staff and equipment. We don’t have to duplicate staff or services. We also don’t have to have the same equipment in multiple locations.

Morgan said the central dispatch is currently located at 216 S. Oak St. in Troy, but will move to the new county judicial complex in the future. Plans called for a E-911 building to be included in the complex, which is currently under construction at the intersection of Gibbs Street and U.S. Highway 29 in Troy. Morgan said it would likely be about 18 months before the central dispatch moved to its new location.

Morgan said the Pike County Communication District is currently working on a couple of projects that will further enhance the office’s capabilities and services. He said a current drawback to the communication system is that county first responders are operating on two different channels, so come agencies can’t talk with other agencies over the radio. He said the county is working on funding for a new communication system that would put all first responders on a single operating channel.

He said the district employees 18 dispatchers and three administrators who are currently undergoing Emergency Medical Dispatch Training. He said the dispatchers will learn what information to get from callers so they can brief paramedics on the situation while they are en route to the emergency. Morgan said that information will allow paramedics to immediately address the situation instead of having to gather information on scene.

In addition, Morgan said the training would enable dispatchers to be able to give CPR instructions over the phone.

Morgan said he also wanted to let the general public know callers needed to provide county road numbers and not street names when phoning in emergencies. He said many county roads have names, but the county’s mapping system identifies the roads by a number and not a name. In some cases, Morgan said, the county maps may not have the road name listed. He said without the road number, first responders may have trouble finding the correct location.

Morgan said the agency preferred to have only emergency calls, but could assist in other areas besides emergencies.

“If you don’t know who to turn to for help, you can call us and we’ll be able to get you the help you need,” Morgan said.