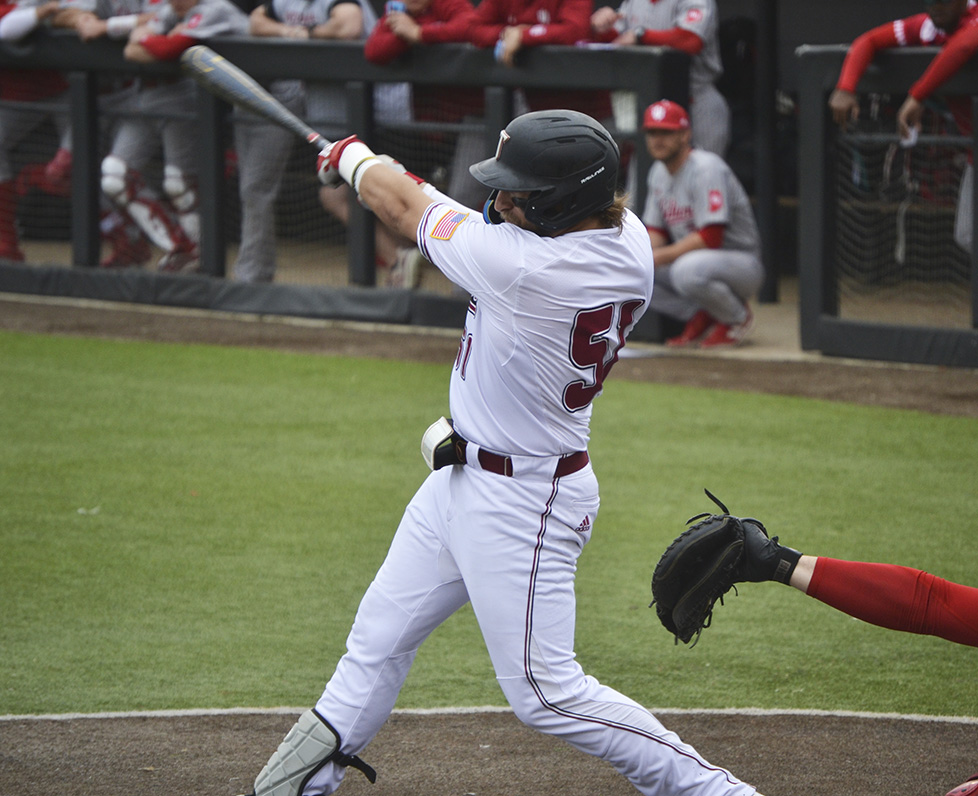 Troy baseball lost its series with UTA this past weekend. (Photo by Josh Boutwell)

The Troy Trojans baseball team hit the road this weekend for a three-game series with UT-Arlington and saw their nine-game winning streak come to a close as the Trojans lost the series 2-1.

Troy lost the first game in the series by a score of 8-5 on March 25 as Troy left seven runners on base and made three errors at various points in the loss.

In game two on March 26, Troy fell behind 4-3 going into the ninth inning when the Trojans scored three runs to take a 6-3 lead. UT-Arlington then scored a pair of runs, including a walk-off pop fly, to pick up the 7-6 win and secure a series win.

Despite having no opportunity to win the series, Troy came back to dominate game three and pick up a 7-3 win, catapulted by a pair of three-run homers from Rigsby Mosley and Easton Kirk.

Mosley went 3-for-8 with three runs, one homer, three RBIs and a double in the series at the plate, while William Sullivan went 6-for-14 at the plate with three RBIs, one run and two doubles. Kirk went 4-for-11 with a homer, a double, five RBIs and four runs.

Garrett Gainous pitched three and 1/3 innings during the weekend with two strikeouts along with six hits and three earned runs allowed. Bray Witcher pitched five and 2/3 innings with six strikeouts, while giving up two hits and two earned runs. Clay Stearns had 24 putouts and four assists on the defensive end during the series, while Sullivan also had 22 putouts and two assists.

Troy travels to Riverwalk Stadium in Montgomery on March 29 for a matchup with Alabama State at 6 p.m.