The Messenger is moving to downtown Troy 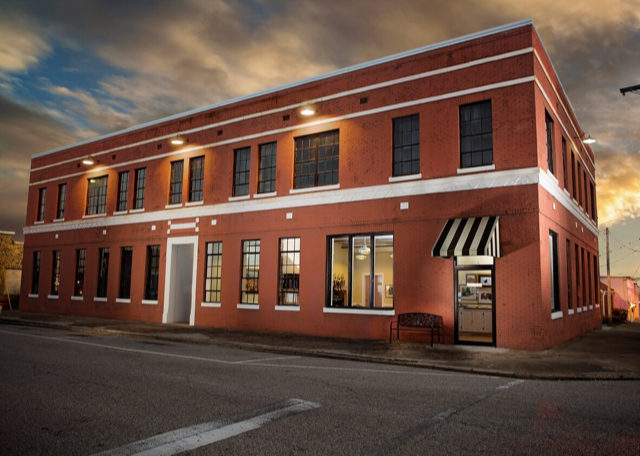 On Saturday, The Messenger will be moving into the old Carroll building in downtown Troy. It will occupy half of the downstairs space on the right side of the building. (Submitted photo)

On April 2, the Troy Messenger is moving from its location on South Brundidge Street in Troy back to the square in downtown Troy.

The Messenger will be moving into the old Carroll building located downtown at 101 E. Church Street, the space the Pike County Chamber of Commerce once occupied. This will be the fourth time The Messenger has been located in downtown Troy.

The Messenger, which has been in operation since 1866, is one of the oldest newspapers in the state and has been located at its South Brundidge Street location since 1988.

“We’re excited to be able to relocate to the square in downtown Troy. It’s been great to see downtown Troy becoming fully occupied with local businesses and I’m glad we can be part of that.”

The Messenger serves the local communities in Pike County with print editions every Wednesday and Saturday along with digital E-editions Tuesday, Thursday and Friday and the troymessenger.com website. Rice went on to talk about The Messenger’s reach in Pike County.

“Thinking back to when The Messenger was located at three different spots in downtown Troy makes me think of how this industry has transformed,” Rice said. “Back then, The Messenger printed a newspaper and delivered it to your house or business. We still do that today in addition to magazines and special sections, but with TroyMessenger.com we now have the largest digital audience in Pike County, AL We have over 17,000 followers of the Troy Messenger’s Facebook page, which is one of the largest followings in Pike County. The people that follow The Messenger on Twitter and Instagram continues to increase. On the advertising side, we’re now a full-service digital marketing agency, meaning we can provide area businesses with any kind of digital marketing solution they could imagine. So, if we’re not reaching people in Pike County the traditional way, you can bet that we’re reaching them through these other channels and we will continue working every day trying to grow that audience.”