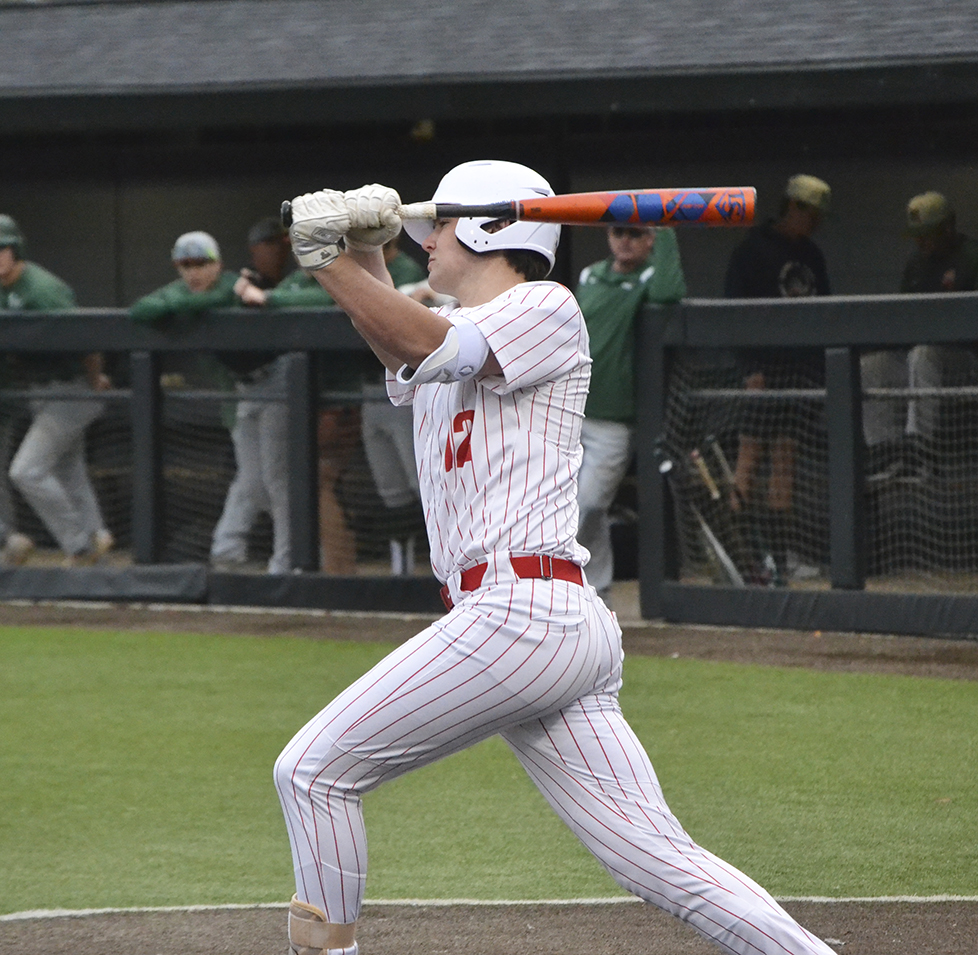 Pres Jeffcoat (12) went 3-for-4 at the plate against Southwest Georgia Academy on Monday. (Photo by Josh Bouwell)

The Pike Liberal Arts Patriots baseball team traveled to Georgia on Monday and thumped the Southwest Georgia Academy Warriors by a score of 12-1.

The Patriots are back at home on Thursday against Valiant Cross at 3 p.m.