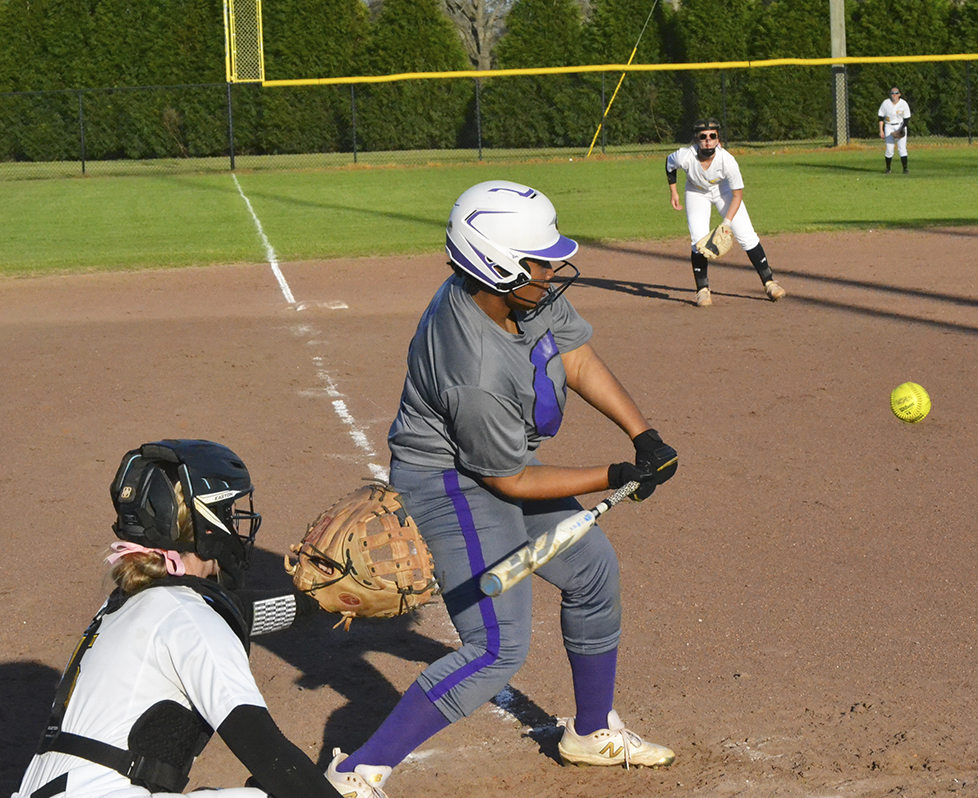 Goshen's Hailey Owens gets a hit. (Photo by Josh Boutwell)

After a frustrating outing against Opp last week, the Goshen Lady Eagles softball team bounced back to pick up a resounding 21-2 win over Abbeville on the road on Monday.

Goshen got behind 1-0 in the first inning but then scored 13 runs in the second inning, and another eight in the third inning, before the game was called.

Goshen’s Alyssa Sparks was a menace to Abbeville pitchers, going 2-for-3 at the plate with a home run, three RBIs and three runs. Jaci Rushing also went 3-for-3 with three doubles and four runs. Kaci Wilkes got the win in the circle, pitching three innings and retiring six batters, while giving up two hits and one earned run.

The Ariton Lady Purple Cats also picked up a 20-0 shutout win over Class 5A’s Carroll on the road on Monday. Ariton led by a comfortable score of 7-0 going into the fifth inning when the Lady Purple Cats sealed the deal with 13 runs leading to the game being called at the end of the inning.

Reagan Tomlin had a big night at the plate for Ariton, going 4-for-5 with two RBIs and four runs, while Reese Peters went 3-for-3 with an RBI and two runs. Mattie Grace Heath also went 3-for-4 at the plate with two RBIs and a run. Lizzy Faircloth pitched four innings and fanned five batters, while giving up five hits but no runs. Paige Logan struck out two batters and didn’t give up a hit or a run in her one inning in the circle.