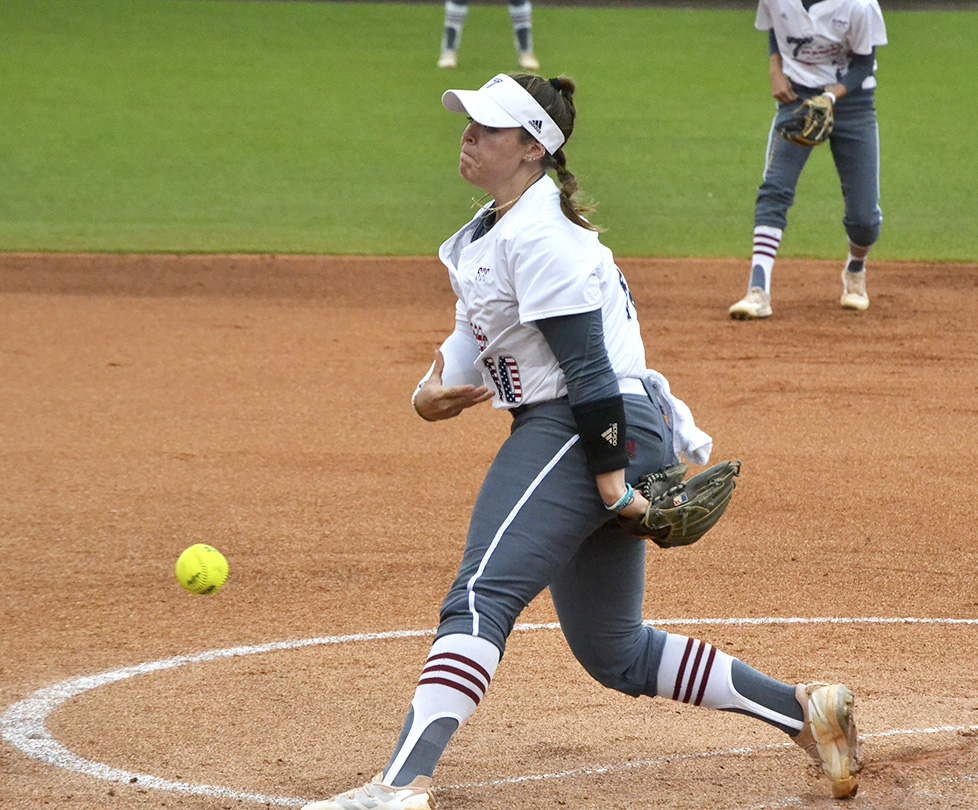 The Troy Trojans softball team traveled to Georgia Southern this weekend and picked up a series win over their Sun Belt Conference foe 2-1.

Troy won the first game in the series in dominating fashion on March 25 by a score of 9-0 as the “Brantley Machine” Leanna Johnson mowed down 10 batters and gave up just four hits and no runs in seven innings pitched.

Anslee Finch and Taylor McKinney also hit home runs in the game one win, while Candela Figueroa had 12 putouts at the catcher position.

Georgia Southern came back to win game two by a score of 2-1 on March 26 despite Finch having another big game at the plate, going 3-for-3. Libby Baker pitched six innings and struck out nine batters, while giving up four hits and two earned runs in the loss. At catcher, Katelynn de Leon earned eight putouts and one assist.

Troy secured the series win in game three despite getting down 1-0 in the fourth inning. Jade Sinness hit a solo home run in the fifth inning to tie the score and then Finch hit an RBI double to put Troy ahead 2-1 in the sixth. In the seventh inning, Horne hit a solo home run to secure the 3-1 win for the Trojans.

Johnson pitched all seven innings and struck out eight batters, while giving up five hits and one earned run. Figueroa had nine putouts at catcher, as well.

For the series, Finch went 5-for-8 at the plate with one homer, six RBIs and a double. Sinness went 5-for-10 with a home run, two RBIs and four runs. Johnson pitched 14 innings with 18 strikeouts during the series, while giving up just nine hits and one earned run. Figueroa also earned 21 putouts during the weekend.
Troy travels to Birmingham for a doubleheader with Samford on March 30 beginning at 4 p.m.