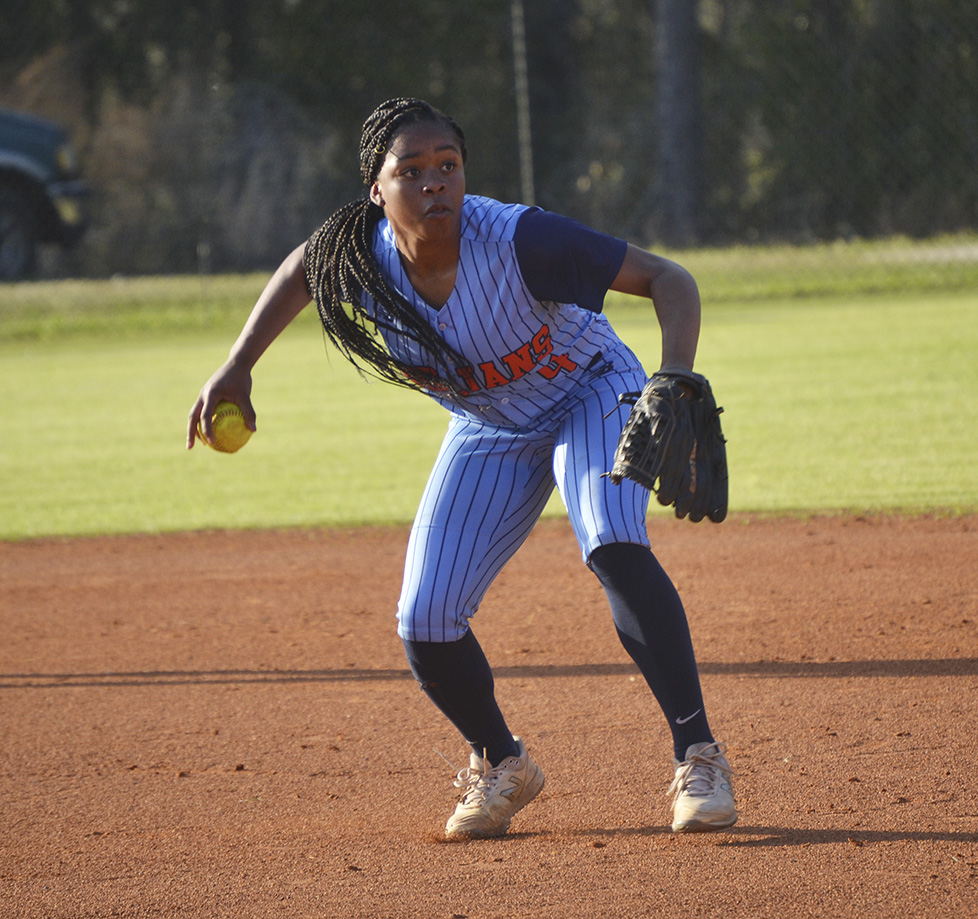 Madison Allen (4) had a big day for Charles Henderson in the opening game of the Alex Wilcox Memorial. (Photo by Josh Boutwell)

The Charles Henderson Lady Trojans traveled to Montgomery this weekend and competed in the Alex Wilcox Memorial FCA Softball Tournament, finishing runner-up in the silver bracket of the tournament.

Charles Henderson kicked off tournament play with a resounding 19-4 win over Jemison in pool play on March 25. The Lady Trojans scored an eye-popping 18 runs in the first inning, jumpstarted by a three-run homer by Madison Allen.

Continuing pool play on March 26, Charles Henderson fell to Prattville 5-2 as the Lady Trojans managed just two hits as a team. Cain earned a hit and a run in the loss, while Hannah Sparrow pitched three and 2/3 innings with two strikeouts. She also gave up seven hits and five earned runs. The loss meant the Lady Trojans would not advance to the gold bracket. 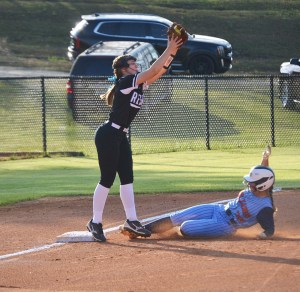 Heather Maxwell (38) slides into third base. (Photo by Josh Boutwell)

Charles Henderson advanced to the silver bracket of the tournament and rematched Jemison in the quarterfinals, picking up another 8-4 win later in the day on March 26. Heather Maxwell went 2-for-3 at the plate with a home run, one RBI and two runs in the second win over Jemison, while Madison Stewart went 2-for-2 with two doubles, two RBIs and two runs. Stella Gilbreath pitched four innings and struck out four batters, while giving up five hits and two earned runs.

In the semifinals of the silver bracket, the Lady Trojans edged past Class 2A No. 3-ranked Spring Garden by a score of 2-0. Garrett and Allen each earned a hit and a run in the win with Allen’s lone hit being a triple. Garrett also pitched five innings and fanned a batter, while giving up three hits and two earned runs.

In the silver finals, Charles Henderson fell to Andalusia by a score of 7-4. Andalusia went up 3-0 in the first inning but the Lady Trojans cut the lead to 5-4 in the sixth inning until the Lady Bulldogs sealed the win with a pair of runs in the seventh.

Austin went on to defeat Brewbaker Tech in the finals of the gold bracket.

The Lady Trojans travel to Greenville on March 30 for a area game at 6 p.m. before returning to Montgomery for a road game with LAMP on March 31 at 4:30 p.m.