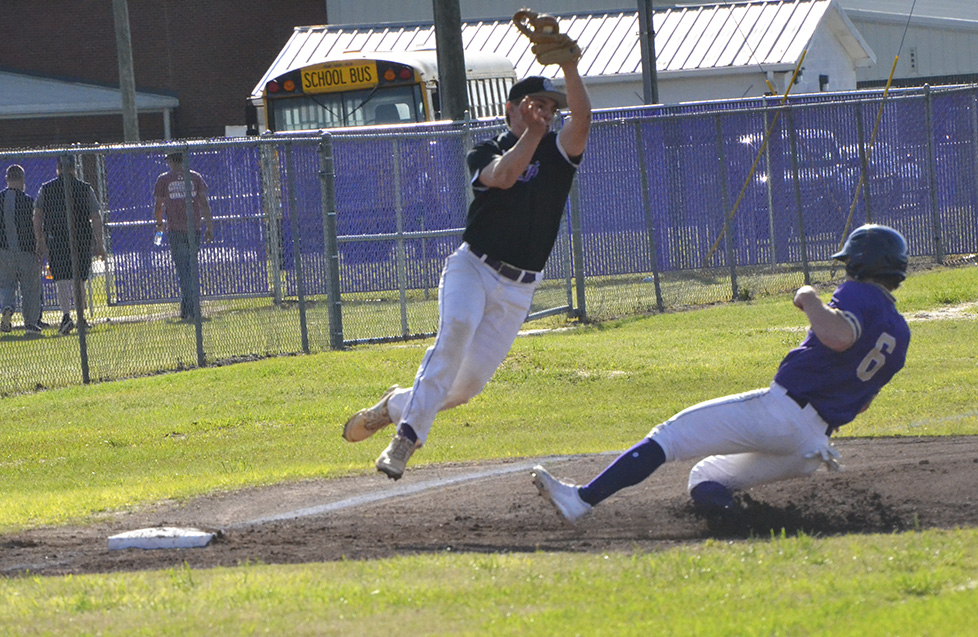 The Goshen Eagles baseball team picked up its second consecutive win over the Pike County Bulldogs in a Class 3A, Area 4 matchup on March 25 by a score of 23-3.

Pike County actually led 3-1 going into the third inning when the Eagles exploded to score 13 runs. That lead was too much for Pike County to overcome and the Eagles secured another win over their county foes, after also defeating the Bulldogs on Thursday.

Nick Walters, who went 3-for-4 with five RBIs, one double and three runs, led Goshen at the plate. Danny Cooper also went 2-for-4 with a homer, a double, six RBIs and three runs. Hunter Nobles went 3-for-4 with three runs, one RBI and two doubles in the win. On the mound, Peyton Stamey pitched three innings with six strikeouts, while giving up three hits and two earned runs. Walters also pitched two innings and fanned five batters along with giving up no hits or runs.

Thomas Countryman, Ryan Brown and Jhanauris King each had one hit for Pike County as the Bulldogs managed just three total hits on the day. Omari Barrow, Countryman and Michael Gabel scored one run each, as well. Barrow pitched two innings on the mound and gave up three hits and six earned runs, while retiring three batters. Gabel pitched one and 2/3 innings with two strikeouts along with three hits and one earned run allowed. The Bulldogs had five errors as a team, while Countryman also earned a double play on the defensive end.

The Zion Chapel Rebels traveled to Brantley on March 25 and outlasted the Bulldogs by a score of 11-9 in an offensive battle. With the game tied 9-9 in the bottom of the sixth inning, Zion Chapel’s Austin Jordan hit a line drive single into right field that drove home both Dayne Bannin and Wes Braistead for what would turn out to be the winning runs.

The Lady Rebels softball team also picked up a 12-3 win over Northside Methodist on the road on March 24 Zion Chapel’s bats were on fire. Alexus Wambles led the way at the plate, going 2-for-3 with two RBIs and three runs. Emily Rhodes, Kaylen McCallister, Shea Wambles, Sydney Boothe and Riley Bannin each earned two hits and Shea Wambles also had two urns. Riley Bannin pitched five and 2/3 innings and mowed down eight batters, while giving up three hits and no runs in the circle.