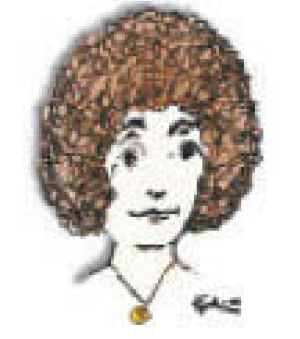 The first time I laid eyes on a television set was at my grandparents’ house.

Television was the most amazing thing I had ever seen. To my remembrance, it played three picture shows: Liberace, The Hit Parade and… WRASTLIN!!!!!!

Mama and Daddy would walk me down the hill to see Liberace and The Hit Parade but I would run down the hill as fast as my legs would go to see wrastlin!!!!!

Mama wanted me to watch the man play the piano and a man and woman sing to each other while making goo-goo eyes but I did not like that. Wrastlin’ was the best thing on the television set, that’s what my grandmother said.

So, we watched wrastlin’ with the men folk

My grandmother was a real sweet lady but she could chop the head off a chicken and gut a hog so wrastlin’ was more up her alley than piano playing and singing.

My grandmother ’s favorite wrestler was Gorgeous George. He wore a gold cape and had long blond hair like a lady but he was no lady. He could body slam the biggest, meanest wrastlers. He could put them in sleeper holds and half nelsons and throw them out of the ring then go out in the stands a hit ‘em over the head with chair.

My grandmother got upset when one of the wrastlers got hurt and had to be taken off on an ambulance. Daddy said it was all just an act. That the ambulance was carrying the fake-hurt wrastler to Oscar’s café to eat supper with the other wrastlers. But my grandmother still worried.

In my childhood, we played what we saw at the Saturday picture show- cowboys and Indians, Tarzan and Jane. We cracked whips like Lash LaRue, rode saplin’s named Trigger, got ‘Back in the saddle again’, and swam in the creek like Johnny Weissmuller. But when televisions came around, that changed playtime.

My grandpa had cows and, when he got ready to take them to market, he rounded them up and put them in the catch. But kid-vision transformed the catch pen into our wrastlin’ ring with wide boards for the fans to sit on. When the cow bell sounded, the match began.

Back then, girls played just like the boys so, we wrastled and we penned about as often as we got penned. We would body slam and get each other in half nelsons. My best hold was the choker hold and one I made up, the neck crane. But boys cheated. Just when a girl had a boy down for the 10-count, he would start pulling hair and popping toes. The referee was always a boy and he wouldn’t call a penalty for that.

Then, one day, my granddaddy came uninvited to the wrastlin’ match. I’d never seen a wrastler come into the ring with a walking stick. But, that’s the way the Mad Grandpa came into the ring that day.

The catch pen arena closed that very day to never open again. We went back to playing from the movie reels and swimming in the creek. My fascination with wrestling weakened but, every now and then, I like to visit my childhood. So, Good Lord willing’ and the creek don’t rise, I’m going over to Goshen and enjoy a night of WRASTLIN’!!