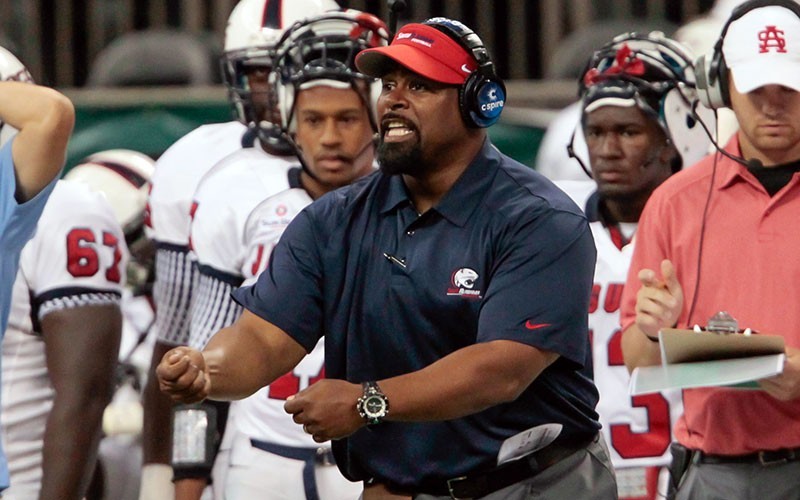 Pearson replaces Troy assistant Al Pogue, who departed Troy to join the Missouri coaching staff last month. Pearson spent the last three years at Alabama State, serving as defensive coordinator in 2019 along with serving as interim head coach at ASU for the final three games of the 2021 season.

“I am excited to have Travis joining our staff,” Sumrall said in a statement. “He is a native of Alabama and a former Alabama high school coach.

“He has extensive experience as a defensive coordinator in Division I football, having served in that role for seven of the last nine years. He has tremendous energy and passion for developing young men on and off the field.”

Pearson grew up in Silas and played college football at Alabama State before playing professionally with the Arena Football League for seven seasons.

In 2007, Pearson became Director of Football Operations at Iowa State University before becoming head coach and athletic director at Jeff Davis in Montgomery in 2009. In 2011, he became the defensive coordinator at Colquitt County High School in Georgia, where he helped guide the school to back-to-back state championships.