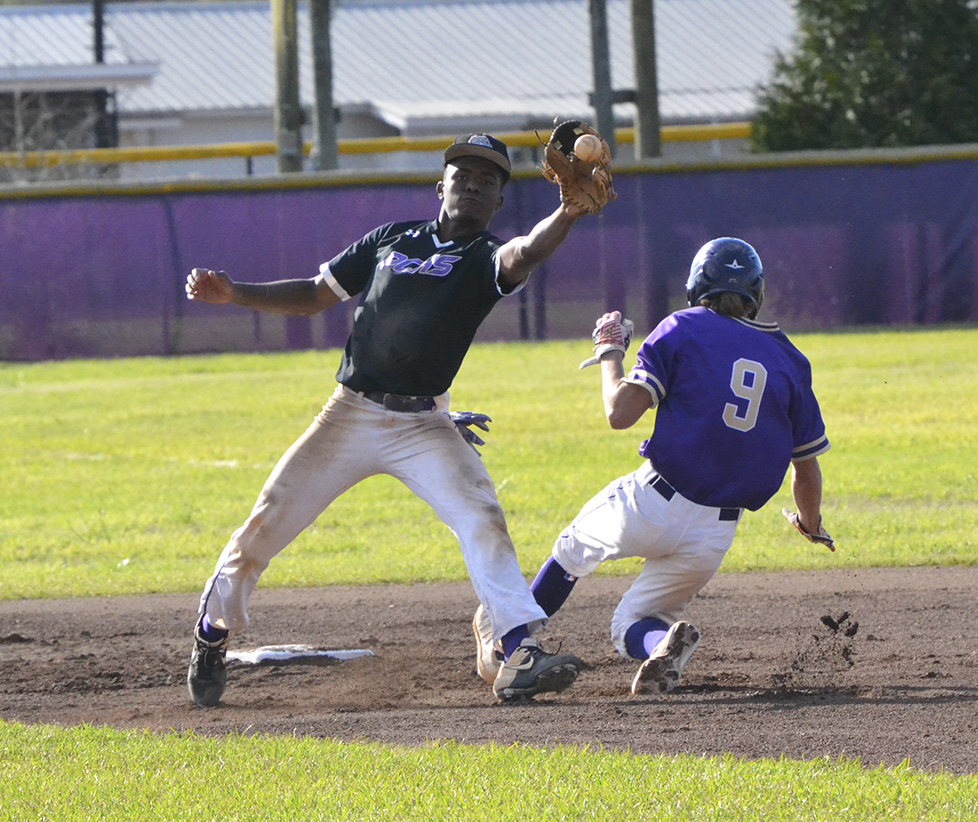 Goshen’s Peyton Stamey (9) slides into second base as Pike County’s Omari Barrow tries to tag him out. (Photo by Josh Boutwell)

The Goshen Eagles and Pike County Bulldogs baseball teams squared off in a Class 3A, Area 4 matchup in Goshen on March 24, while both the Pike County and Goshen softball teams also had games on Thursday.

The Goshen baseball team picked up a 13-1 over Pike County at home after taking a big early lead and never looking back. The Eagles scored six runs in each of the first two innings and the Bulldogs were never able to get any footing, earning just one hit as a team in the loss.

Paxton Flowers earned Pike County’s lone hit, while Jhanauris King scored the only run of the day for the Bulldogs. Thomas Countryman pitched all four innings and struck out three batters, while giving up six hits and four earned runs.

For Goshen, Danny Cooper went 3-for-3 at the plate with two RBIs and one run. Tyler McLendon, Peyton Stamey, Nick Walters, Hunter Nobles and DJ Walters all scored two runs, while Andrew Galloway and Jacob Powell scored one run. Cooper pitched three innings and fanned six batters, while giving up one hit. Nobles and Powell both pitched one inning. Nobles retired three batters and Powell struck out one, while neither gave up a hit. 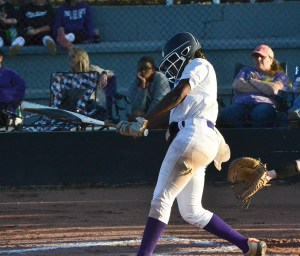 Auriel Moultry gets a hit for Pike County. (Photo by Josh Boutwell)

The Lady Bulldogs softball team picked up an 11-7 win over Samson on Thursday on the road, despite trailing for much of the game. Samson took a 6-1 lead into the sixth inning when the Lady Dawgs took control.

Ayissa Hiersche went 2-for-4 at the plate with three RBIs and two runs for Pike County, while Mikalah Griffin, Takeyah Smith and Jada Duncan all scored two runs. Amber Kidd, Kylan Wilkerson and Urriya Berry scored one run each. Duncan also earned a home run on the afternoon. 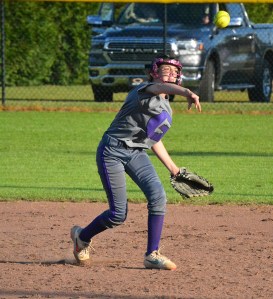 Goshen’s Haley Sneed throws out a runner at first base. (Photo by Josh Boutwell)

The Lady Eagles softball team hosted Opp on Thursday and a banged up Goshen team, dealing with a number of injuries, suffered a 15-2 loss. Goshen earned four hits on the afternoon with Kaci Wilkes, Haylee Sanford, Jaci Rushing and Amber Vickers each earning one hit. Sparks and Sanford both scored one run.

Sophomore Jaci Rushing pitched all four innings and gave up 13 hits and seven earned runs on the afternoon.

The Lady Eagles travel to Abbeville on March 28 and Pike County on March 31.