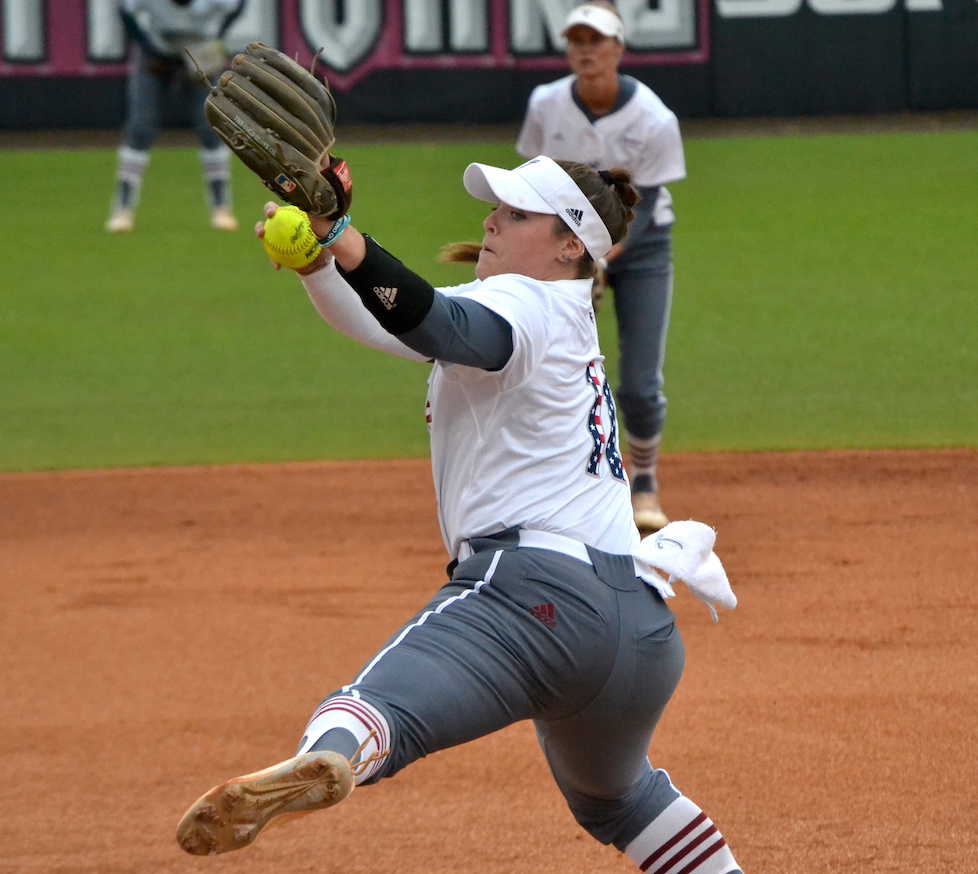 Leanna Johnson (10) and the Trojans had a rough day against Florida State on Wednesday. (Photo by Josh Boutwell)

The Troy Trojans couldn’t find their footing on Wednesday, March 23, against the No. 2-ranked Florida State Seminoles at home and dropped a frustrating 12-0 loss.

Despite a packed house at the Troy Softball Complex, setting a new attendance record with 2,121 fans, Florida State managed to control the game from start to finish. The Seminoles blasted a two-run home run in the first inning and never looked back. FSU earned 14 hits in 28 at bats with three homers on the day, while Troy managed just one hit as a team.

Catcher Candela Figueroa earned the lone hit of the afternoon for Troy, while Logan Calhoun, Libby Baker and Anslee Finch got on base due to walks.

Brantley native Lennna Johnson had her most frustrating out of the season in the circle, as well. In two and 1/3 innings pitched, Johnson struck out one batter, while giving up five hits and six earned runs including three homers. Baker pitched one and 2/3 innings and struck out a batter along with giving up five hits and five runs. Haley Postell pitched one inning and gave up two hits and a run. 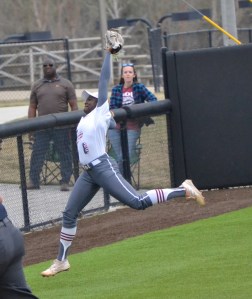 Catcher Michaela Edenfield, who went 3-for-3 with two homers, five RBIs and three runs, led Florida State at the plate. Devyn Flaherty also went 3-for-3 with one RBI and two runs. Florida State’s All-American pitcher Kathryn Sanderock pitched just one inning, while Danielle Watson pitched two innings and fanned three Troy batters along with giving up a lone hit on the afternoon.

Troy will look to bounce back in a three-game conference series on the road at Georgia Southern this weekend with games Friday, Saturday and Sunday.