Mo Brooks fires back at Trump 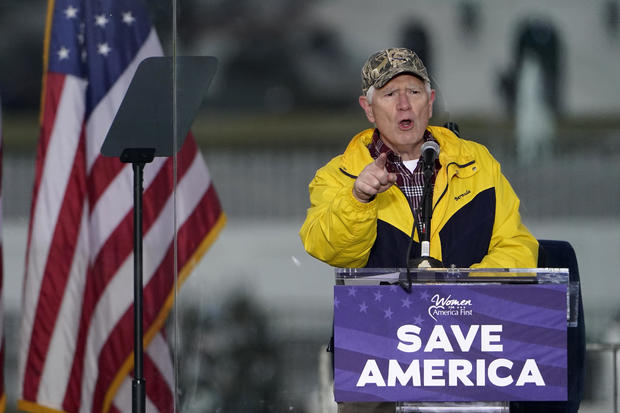 Former U.S. President Donald Trump rescinded his U.S. Senate endorsement of Rep. Mo Brooks (R-Ala.) on March 23 and as a result, Brooks has fired back at the former president.

Trump’s decision to pull his support from Brooks comes following comments Brooks previously made to supporters about looking past Trump’s claims of the 2020 Presidential Election being rigged.

“When I endorsed Mo Brooks, he took a 44-point lead and was unstoppable,” Trump said in a statement. “He then hired a new campaign staff who ‘brilliantly’ convinced him to ‘stop talking about the 2020 election.’ He listened to them.

“According to the polls, Mo’s 44-point lead totally evaporated all based on his 2020 statement made at our massive rally in Cullman, Ala. When I heard his statement, I said, ‘Mo, you just blew the election, and there’s nothing you can do about it.’ Very sad but, since he decided to go in another direction, so have I, and I am herby withdrawing my endorsement of Mo Brooks for the Senate. I don’t think the great people of Alabama will disagree with me.”

Brooks responded on Wednesday, reiterating his desire to “get past” the 2020 election.

“I have not changed. I am the only proven American First candidate in this Senate race,” Brooks’ statement read. “I am the only candidate who fought voter fraud and election theft when it counted, between November and January 6.

“I repeat what has prompted President Trump’s ire. The only legal way America can prevent 2020’s election debacle is for patriotic Americans to focus on and win the 2022 and 2024 elections, so that we have the power to enact laws that give us honest and accurate elections.”

Brooks went on to make accusations of Trump that claims he attempted to get Brooks to “rescind the 2020 election.”

Brooks is the sitting representative for Alabama’s 5th congressional district, an office he’s held since 2011, but he is currently running for office in Richard Shelby’s seat in the U.S. Senate. Shelby has decided to not run for reelection in 2022. Brooks is battling Enterprise native, and former Shelby Chief of Staff, Katie (Boyd) Britt and former U.S. Army pilot Mike Durant in the Republican primary.