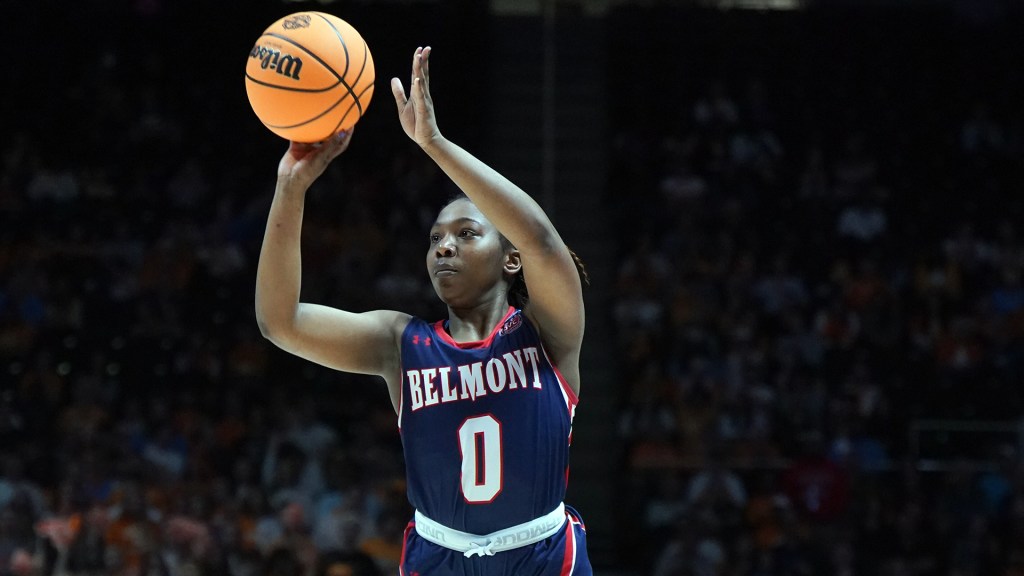 Troy native Tuti Jones (0) had another big night in the NCAA Tournament on Tuesday. (Photo courtesy of Belmont University Athletics)

Jones, who was the Ohio Valley Conference Defensive Player of the Year, scored 22 points in guiding Belmont University to a first round upset of Oregon in double overtime this past Saturday. On March 22, Jones and Belmont battled Tennessee in the second round of the tournament.

“Tennessee women’s basketball is the pinnacle (of women’s basketball) to me. So, to watch a young lady that I watched grow up, and watched be the best player on the floor with the boys at Upward, and do the things that she’s done is just amazing.”

Belmont battled the No. 4 seeded Tennessee on the Lady Vols’ home court and refused to back down from the SEC powerhouse. Belmont trailed by as many as 14 points in the third quarter but rallied behind the play of Jones and some of her teammates to come within striking distance of advancing to the Sweet 16.

Jones had the opportunity for a game-tying three with just 3.8 seconds left but was intentionally fouled to keep her from taking the shot. Jones buried her first free throw to cut the Tennessee lead to 69-67 and then intentionally missed the second to give Belmont an opportunity at a rebound and follow to try and tie the game. Tennessee grabbed the rebound, however, and then hit another free throw of its own to secure the win.

“I know that (her parents) are proud and her hometown is proud,” Reeves said at the council meeting. “She’s just halfway through her career with a lot more to look forward to there. It’s just really cool when one of your hometown folks does so well. She has worked really hard and deserves to be commended.”