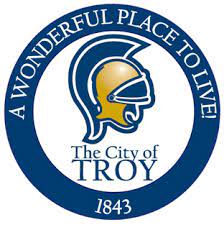 The city’s fiscal year 2022 audit report was submitted into the minutes at the meeting and Reeves said as a result of the audit; the city’s credit rating was upgraded and called it a “wonderful thing” for the city. The rating went from a “BBB+” to an “A- with a positive outlook.” The audit will be signed and released online at the city’s website by the end of this month for public consumption.

In other business, the city council approved a resolution to sell a number of surplus items at the April 2 auction at the Pike County Cattleman’s Building. Also, the council discussed the potential rezoning of 313 Corman Avenue and 315 Corman Avenue near the back entrance of McDonald’s from a residential property to a highway commercial property. This was the first reading of this proposal and a public hearing will be held for it at the April 12 council meeting at 4 p.m. Following the public hearing, the council will vote on the proposal.