The Pike County Republican Women’s Club had a gaggle of candidates that were stumping on the GOP campaign trail for the Alabama Primary Election on May 24. 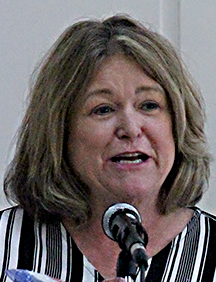 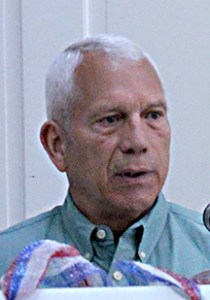 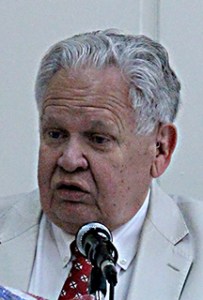 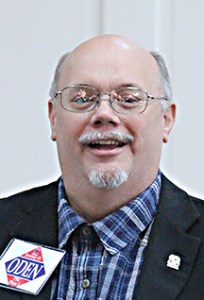 The GOP had five candidates lined up to speak at the club’s monthly meeting. The candidates included Jennifer Ventress, for Pike County Coroner; Alex Balkcum, candidate for State Board of Education District 2; Jim Zeigler, candidate for Alabama Secretary of State; and Jeremy Oden, candidate for the Public Service Commission Place 1. Gubernatorial candidate Tim James was also scheduled to speak, but was unable to attend the meeting. John Giles, from the James campaign, spoke briefly on James’ behalf.

“The coroner’s responsibility is to determine the cause and manner of death,” Ventress said. “Coroner’s aren’t investigators. That’s the police’s job. I’ve been around a lot of tragedy and death in nursing. When you’re dealing with families in crisis, being a coroner is like the ministry. I feel like it’s a calling for me.”

Ventress said one of the coroner’s most important duties is to accurately fill out a person’s death certificate. She said without a proper death certificate, the family can’t execute wills, file insurance claims or take any other legal action.

“I’m the most qualified candidate,” Ventress said. “I’ve worked with Jerry Williams for six years as a deputy coroner and the only deputy coroner approved by the Pike County Commission.”

Balkcum spoke briefly about what he would like to accomplish if elected to the Alabama State School Board.

“We’ve gone from 26th in match to 52nd,” Balkcum said. “We have U.S. territories that are doing better in math than Alabama. My goal is to hold people’s feet to the fire. I’m going to create an organization – PTU, Parents and Teachers United. We need people to be more involved and we need to empower people to have the confidence to step up.”

Balkcum said he also wanted to change the fact that each year teachers are given more responsibility, but no authority to make any changes.

Giles spoke briefly about James’ platform and what he wanted to accomplish as governor.

“Tim will be a disruptor,” Giles said. “But, he’ll also be fixer. He’s pro-life, pro-traditional marriage, for school choice, pro-military and law and order. If elected, he’ll get the gas tax repealed, remove the sales tax on groceries, repeal the occupational tax for two years and remove the business privilege tax.”

Zeigler said he had served as the watchdog for Alabama’s state books for the past eight years and wanted to be elected to the Secretary of State’ Office to serve as the watchman for state elections, and he’s going to recruit some help.

“As auditor, I was the watchdog for waste, corruption and mismanagement,” Zeigler said. “In Alabama we’ve had numerous attempts to manipulate elections. I want to create the Watchmen Program by using an underutilized and often ignored position – the poll watcher.”

Zeigler said poll watchers are volunteers who are trained to spot irregularities in elections, trained on how to intervene and how to report problems.”

Zeigler said he would also work to make sure elections remained a one-day event as well as ensuring only U.S. citizens are able to vote.

Oden said he was seeking election to the Public Service Commission to ensure that Alabama and the U.S. remained energy independent.