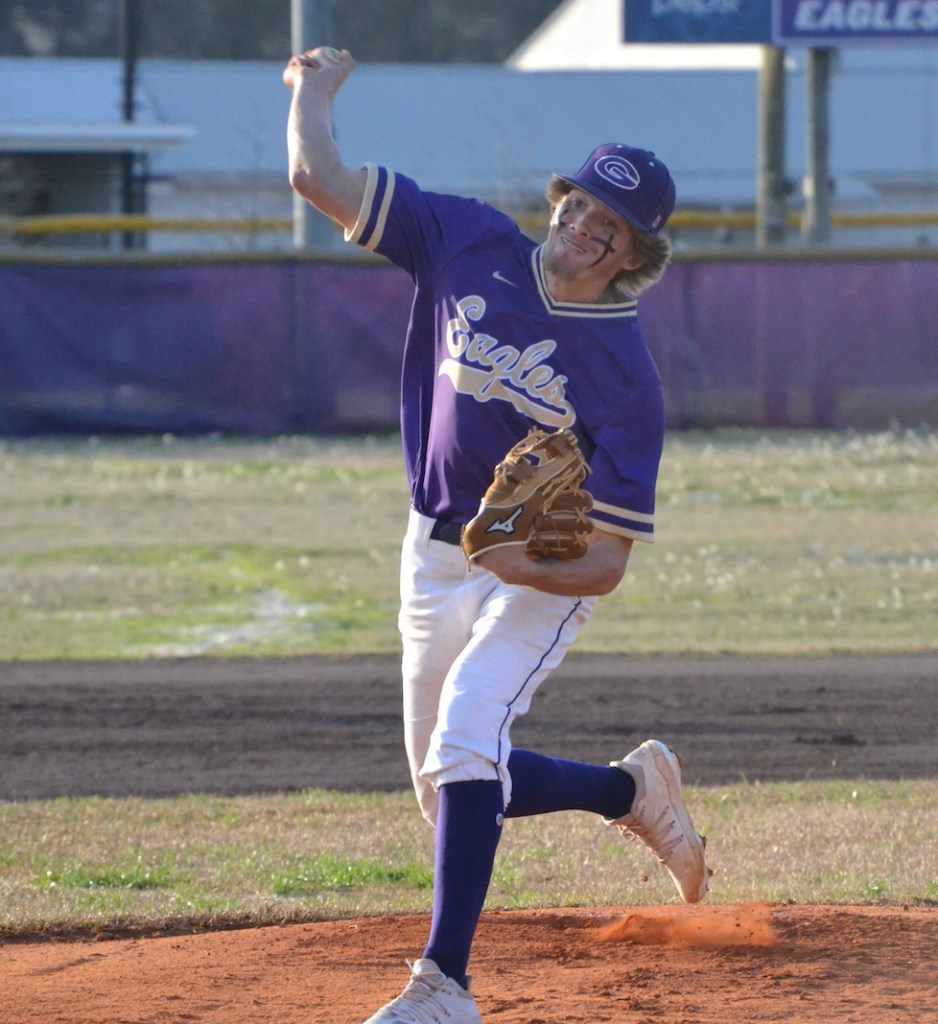 The Goshen Eagles baseball team shut out McKenzie 11-0 at home in five innings on March 21, while the Lady Eagles softball team dropped a road game with New Brockton.

Danny Cooper went 2-for-4 at the plate for the baseball squad with an RBI, while Hunter Nobles went 1-for-2 with two RBIs and three runs. DJ Walters, Nick Walters ansd Peyton Stamey all scored two runs, while Andrew Galloway and Cole Brooks scored one run each.

Galloway pitched two innings and struck out five batters, while giving up no hits. Nick Walters, Cooper and Stamey all pitched one inning each and neither of them allowed a hit, either. Each struck out two batters and as a pitching staff, Goshen gave up just two walks.

The Lady Eagles had a tougher day, however, dropping a 13-3 game to New Brockton on the road. Goshen earned just three hits as a team with Alyssa Sparks, Haylee Sanford and Cheynne Sneed each picking up a hit. Madison Campbell, Sanford and Sparks scored one run each. Sparks also had a stolen base.

Kaci Wilkes pitched four and 2/3 innings and struck out one batter, while giving up 13 hits and 13 earned runs.