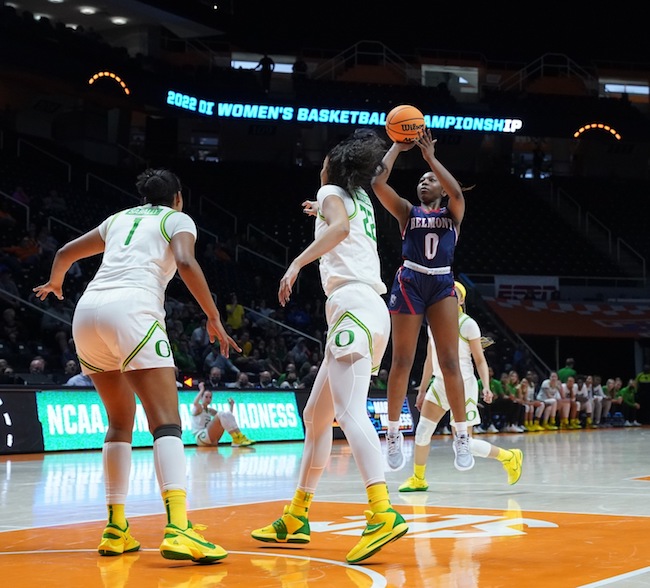 Troy native Tuti Jones and her Belmont University teammates traveled to Knoxville, Tenn. on March 19 and knocked off the fifth seeded Oregon Ducks in the opening round of the NCAA Women’s Basketball Tournament.

With the game tied 50-50, Jones knocked down a three-pointer with 15 seconds left in regulation to give the Bruins a 53-50 lead. Oregon managed to hit their own three-pointer, however, to send the game into overtime.

After both sides remained tied at the end of the first overtime, the Ducks took a 68-64 lead in double overtime before Jones knocked down a pair of jumpers to tie the score with under three minutes remaining. After Belmont took a lead late in the game it became a free throw contest with the Bruins securing a 73-70 double overtime win.

It was the first double overtime game in the NCAA Women’s Tournament since 2013. Jones led Belmont with 22 points in the win. Jones also grabbed six rebounds and the OVC Defensive Player of the Year netted four steals on defense.

The 12th seed Bruins will now face off with Tennessee on the Lady Vols’ home court tonight at 6 p.m. on ESPN.