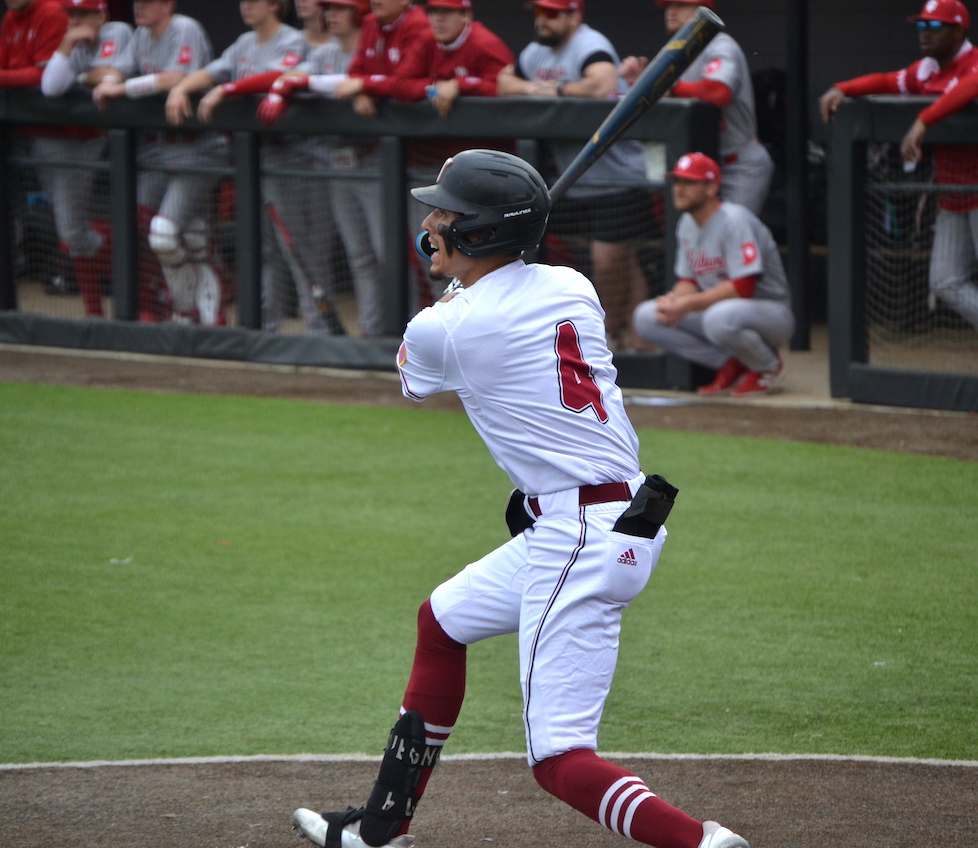 Trey Leonard (3) had a big weekend for Troy. (Photo by Josh Boutwell)

For the first time in school history, the Troy Trojans baseball team swept a series with the Louisiana Rajin’ Cajuns this weekend.

After dominating Louisiana 7-1 on March 18, the Trojans picked up a 4-3 win on Saturday in dramatic fashion. William Sullivan hit a walk-off homer in the bottom of the ninth inning to send the crowd at Riddle-Pace Field into a frenzy and guide the Trojans past Louisiana.

Sullivan’s first homer of the season was the third dinger in the final two innings for the Troy baseball squad. Seth Johnson and Trey Leonard also went yard in the win.

Leonard went 2-for-3 at the plate with a home run, one RBI and one run, while Easton Kirk went 2-for-4, as well. Brady Fuller pitched six and 1/3 innings with six strikeouts, while he also gave up five hits and three earned runs. Grayson Stewart stepped on the mound in the bottom of the eighth and threw just one pitch that led to a groundout. Sullivan also had 12 putouts from his first base position, while catcher Clay Stearns had six putouts and one assist.

Troy notched its eighth win in a row on Sunday afternoon with another dominant performance, winning by a score of 8-3 over the Ragin’ Cajuns. Leonard was on fire at the plate for Troy, going 2-for-4 with two RBIs and two runs. Sullivan also went 2-for-4 with an RBI in the win.

Bay Witcher pitched five innings on the mound and struck out a batter, while giving up five hits and one earned run. Stewart also pitched three and 1/3 innings with three strikeouts and no hits allowed. Cameron Gray earned 10 putouts and one assist on the defensive end, too.

Troy is back at home on March 22 against Alabama State at 6 p.m. before traveling to Arlington, TX for a series with UT-Arlington this weekend.