Troy gears up for spring camp 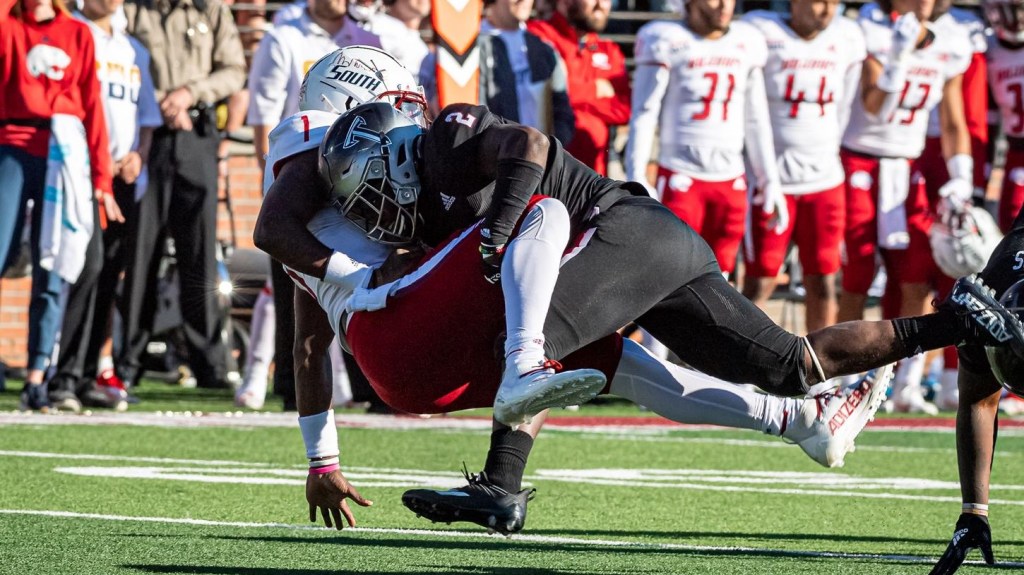 The Troy Trojans football team is getting set for the first spring practices under new head coach Jon Sumrall beginning on March 22.

Troy will practice every Tuesday, Thursday and Saturday from March 22 through the annual T-Day Game on April 23. The only exception to the schedule will be a Friday-night practice on April 15 inside Veterans Memorial Stadium. The rest of the practices will be held in the morning, as well.

Sumrall has said that one of the main things he wants to do this spring is establish the culture of hard work he wants in the program.

“The first thing we want to establish in the spring is creating a culture and creating a standard for what our work ethic is going to look like,” Sumrall said. “What having continued improvement daily looks like and challenging ourselves to be the best version every time we step on the practice field. We must create a culture of what the expectations are daily.”

Sumrall has also talked about changes that are coming to the team, especially on offense, during the offseason and he said fans would see the beginnings of that during the spring. While Chip Lindsey’s wide-open “air raid” style of offense tended to abandon the run at times, Sumrall said he and offensive coordinator Joe Craddock want a more balanced attack.

“We want to run the football and be physical at the point of attack,” Sumrall said. “We want to take vertical shots off the run game and create explosive plays, and we want to dominate the line of scrimmage.”

Defensively, Troy returns a number of starters including Jibunor, linebacker Javon Solomon and All-American linebacker Carlton Martial. Carlton ranked sixth nationally in total tackles (127) last season and Solomon was tied for ninth in the nation in tackles-for-loss (17) and seventh in the country in sacks (11).

“We want to attack on defense and swarm with 11 hats to the football,” Sumrall said. “We’re going to be a physical football team that runs the football and stops the run on defense.”

While Sumrall said that there are a number of players that have established themselves in the program already, starting positions have to be earned.

“There are obviously guys who are established players in our program,” he said. “Everybody knows who Carlton Martial is. Everybody knows Kimani Vidal. But within that, every starting job on our roster is Troy’s job; it’s not any person’s job.

“Within the whole program, we’re going to be constantly competing for who are the first team guys and who are the second team guys. However, everybody in our program will be getting developed consistently because there are going to be a number of guys who are not deemed starters on day one who are going to play like starters during the year.”

A position of interest will be the quarterback position as Gunnar Watson is coming off his second year as the Trojan starter despite starting out the 2021 season as a backup. He eventually beat out Taylor Powell for the No. 1 job and Powell transferred following the season. Watson remains the only quarterback on Troy’s roster with a single passing attempt in a game in college. Redshirt freshmen Kyle Toole, Will Carn and Quayde Hawkins are the only other quarterbacks that will be on the spring roster before Brantley native Tucker Kilcrease joins the roster in the summer.