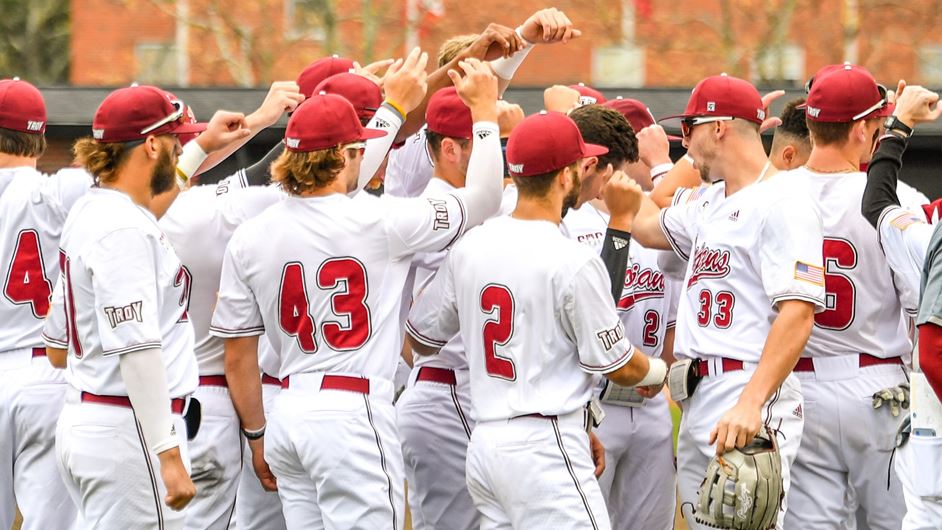 Both the Troy Trojans baseball and softball teams will host a trio of games against schools from Louisiana this weekend as conference play begins.

The softball team will open up the conference schedule with Louisiana-Monroe on Friday, March 18, at 6 p.m. in the Troy Softball Complex.

On Sunday, March 20, the softball team hosts ULM for the final game in the series at noon. All children in attendance will be allowed to run the bases after the game.

Meanwhile, the baseball team will host Louisiana this weekend, starting with a showdown at Riddle-Pace Field on March 18 at 6 p.m. for First Responders Friday. All first responders – meaning EMTs, police and firemen – gain free admission. Also, prizes will be given out all game to fans including gift cards, Troy gear, tickets to the upcoming Troy-Auburn game, a signed baseball and more.

Saturday, March 19, the baseball team will host Louisiana again at 3 p.m. for Baseball Alumni Weekend. The 1982 Gulf South Championship Troy State team will be celebrated during the game. All alumni can request up to four complimentary tickets to each game this weekend and there will be food and drinks on the patio deck on Saturday for alumni. Alumni that wish to attend can RSVP at blakec@troy.edu.

The 1982 Troy State team went 31-10 under legendary coach Chase Riddle and picked up wins over schools like Auburn and Clemson during the year.

Troy will then cap off the weekend with a 1 p.m. game against Louisiana on March 20 at Riddle-Pace Field.