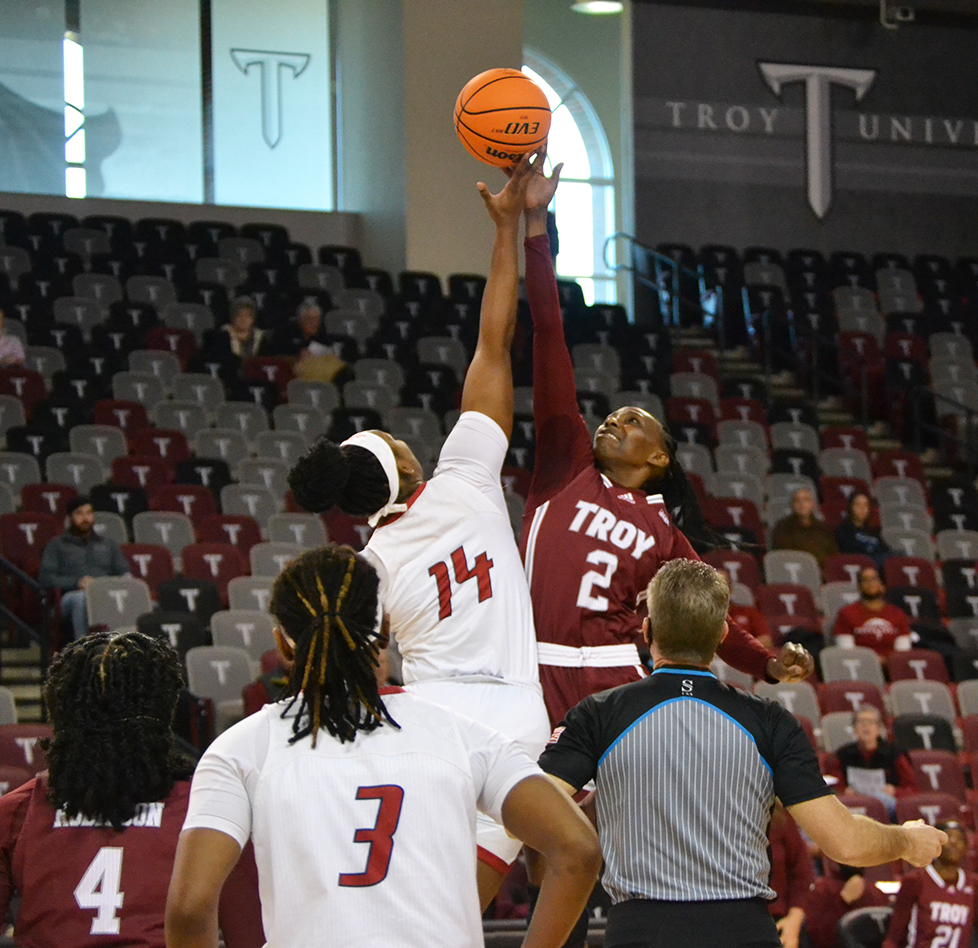 Felmas Koranga (2) will lead the Trojans against Alabama in the WNIT First Round on Thursday. (Photo by Josh Boutwell)

The Troy Trojans will host the Alabama Crimson Tide on Thursday, March 17, in an opening round game in the Women’s National Invitational Tournament (WNIT) at Trojan Arena.

The showdown with the Tide is just the second time the women’s basketball team (24-8) has hosted a postseason game in Trojan Arena in program history. This is also just the 19th time Troy and Alabama have ever played with Alabama winning the last 14 meetings.

Troy and Alabama met for the last time in 2013, which was a 113-105 Alabama win. Troy has an overall record of 2-8 against Alabama. Alabama has an 11-7 record overall in the WNIT and last competed in the tournament back in 2018, making it to the quarterfinals.

This is Troy’s second WNIT appearance, having lost to UAB in the first round of the 2019 WNIT. Troy has an overall 0-6 record in postseason tournaments since entering Division I in 1994.

If Troy is able to knock off the Tide, the Trojans will tie the single-season program record for wins. Alabama has won four of its last six games, including SEC Tournament wins over Georgia and Texas A&M, while Troy went 11-1 over the past two months.

Alabama is led by senior Brittany Davis who averages 17 points and seven rebounds, while All-Sun Belt junior Felmas Koranga leads the way for the Trojans with 13 points and 11 rebounds per game this season. Koranga also ranks 22nd nationally in rebounds with Troy ranked No. 1 in the entire country in rebounds as a team.

The two sides will meet at 6 p.m. in Trojan Arena with the game airing live on ESPN+ and the Troy Sports Radio Network.