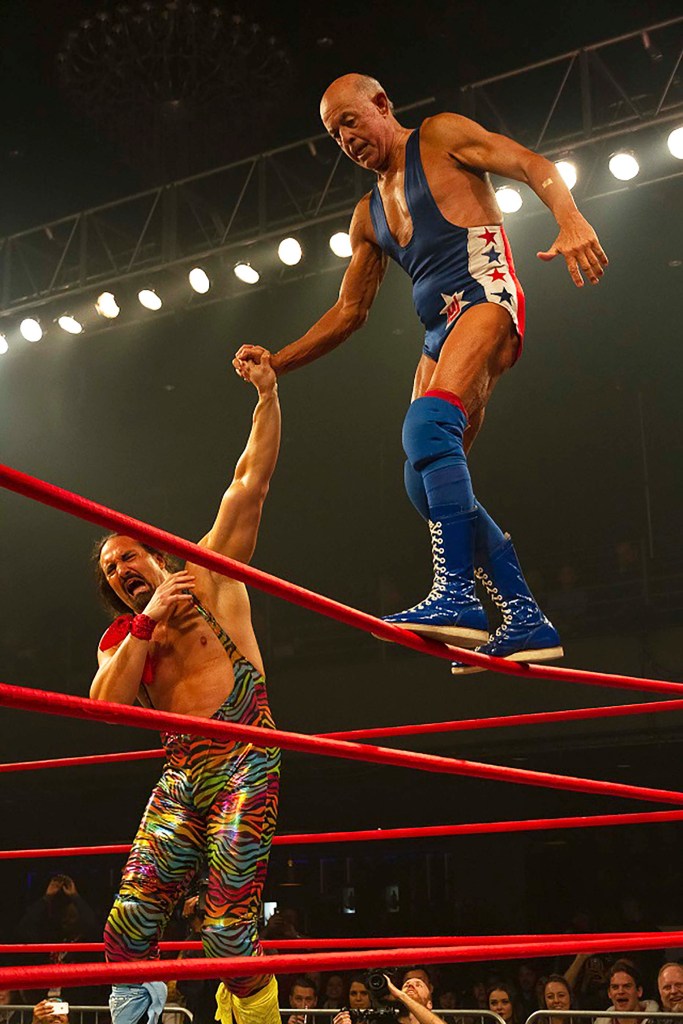 The Goshen High School Athletic Department is putting on a fundraiser in April that will feature live professional wrestling coming to town.

The event, “Slam Down In G-Town,” will take place in the gym at Goshen High School on April 1 with bell-time beginning at 7:30 p.m. All of the proceeds from the event will go to GHS Athletics.

Featured in the event will be a match pitting Impact Wrestling star Larry D going up against the masked Wrestling Superstar. Larry D is a 6-foot-1-inch, 332-pound former MMA fighter that currently performs on national television for Impact Wrestling on AXS TV.

Also, scheduled to appear is an Alabama legend in “Action” Mike Jackson, who at 71 years old still flies all over the ring and has appeared on national TV for Impact Wrestling recently. Jackson started his wrestling career in 1974 and was one of the top stars in the Alabama wrestling territory during the 70s and 80s. He’s been in the ring with legends and top stars such as Ric Flair, Jake Roberts, Arn Anderson, Magnum TA, “Bullet” Bob Armstrong, Jack Brisco, Jimmy Snuka, The Midnight Express, Tully Blanchard and countless others.

Jackson will defend his U.S. Jr. Heavyweight Championship against independent wrestler Christian Pierce from Oneonto. Also, Mexican wrestler Antonio Garza will face Damion Miles and there will be a special over-the-top rope battle royal for a $1,000 cash prize in the Main Event. 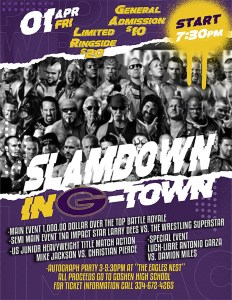 An autograph session will also take place with various wrestlers at The Eagles Nest in Goshen from 3 until 5:30 p.m. on April 1. General admission tickets will be $10 and ringside seats are $20. Tickets can be purchased at the gate or online at https://gofan.co/app/events/581216?schoolId=AL19953.