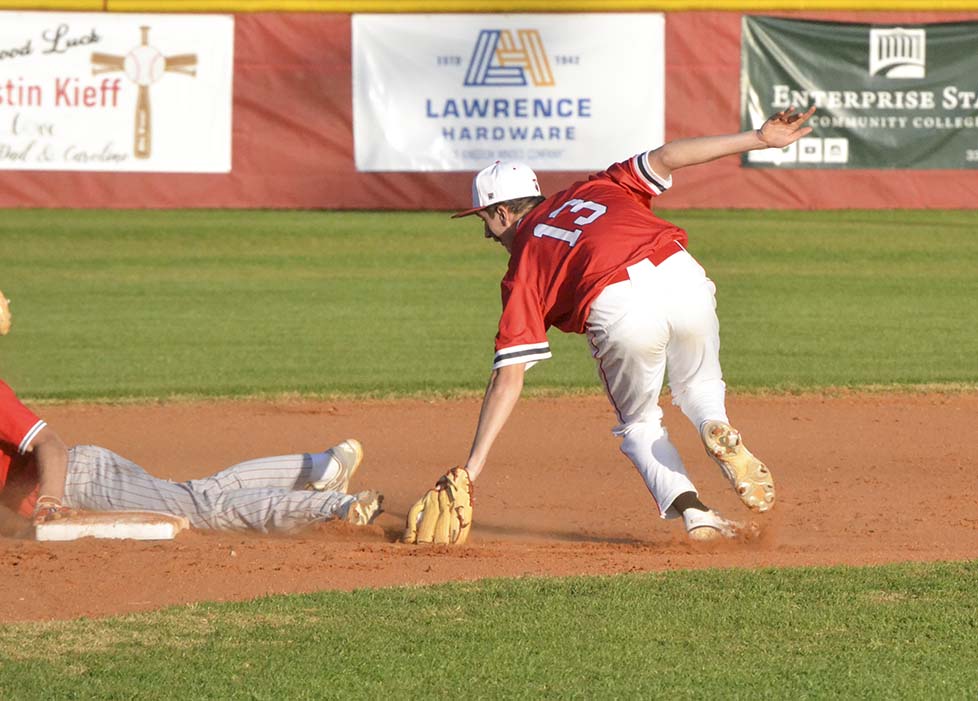 Wes Braisted (13) and the Rebels were swept by Ariton on Monday. (Photo by Josh Boutwell)

Both the Zion Chapel High School baseball and softball teams hosted home games on Monday, March 11, and both fell in their games.

The Rebels (8-3) were swept by Ariton High School (8-8) in a doubleheader on Monday. In game one, Ariton dominated its way to an 8-1 win as the Rebels managed just one hit as a team. Ian Herbert earned the lone hit of the day, while Wes Braisted scored the only Zion Chapel run. Paden Boothe pitched six and 2/3 innings with five strikeouts, while giving up eight hits and four earned runs.

Ariton was led at the plate by Connor Thrash, who went 2-for-4 with an RBI and two runs. Phenix Griffin also went 2-for-4 with two RBIs. Landon Tyler also scored two runs. Griffin got the win on the mound with five strikeouts while giving up no hits or runs in four and 1/3 innings pitched.

Thrash had a big game for Ariton at the plate as he went 3-for-4 with two runs. Caden Collier and Griffin also scored two runs in the win.

Coleman Bragg pitched five innings for the Purple Cats and mowed down nine batters, while giving up six hits with three earned runs.

Kennedy Hussey went 3-for-4 with a homer, two RBIs and two runs for New Brockton, while Kallie Qualls struck out three batters and gave up five hits and four earned runs in three innings pitched.