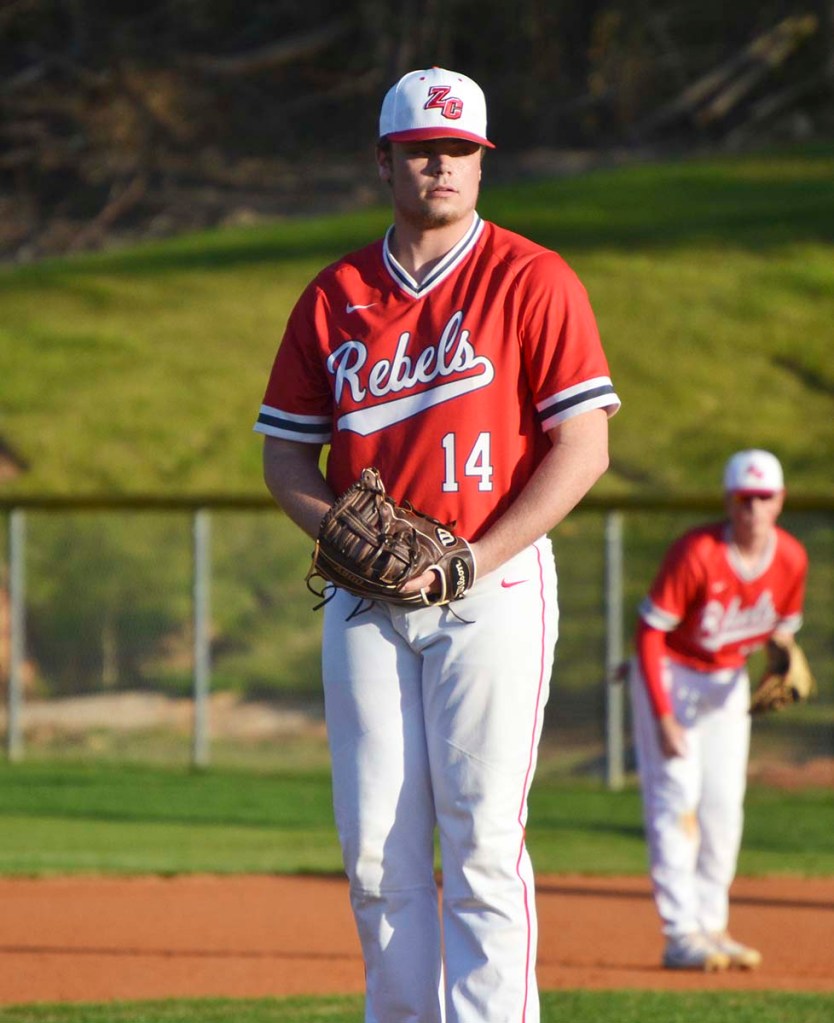 Paden Boothe hit a pair of homers against Kinston this weekend. He also pitched five innings. (Photo by Josh Boutwell)

Both the Zion Chapel Rebels and Lady Rebels picked up dominant wins this weekend with the baseball team besting county foe Kinston in a pair of games and the softball team running past Samson.

The baseball team (8-1) started the successful streak with a 14-10 win over Kinston on the road on March 11 in a high-scoring affair. The Rebels jumped out to a 5-0 lead in the second inning and then stretched that lead out to 10-0 in the fourth inning.

Paden Boothe was stellar at the plate for the Rebels, going 2-for-3 with a home run, three RBIs and a run. Brayden Watson also went 2-for-3 with a run. Ian Herbert scored three runs for the Rebels, while Morgan Sanders and Austin Jordan each scored a pair of runs. Mason Stuart and Brodie Stinson also scored runs.

Jordan pitched all five innings and fanned five batters, while giving up two hits and no runs on the mound.

The Lady Rebs (6-7) hosted Samson on Feb. 11 – after a pair of games were cancelled due to weather last week – and unleashed their pent up energy on the Lady Tigers to the tune of a 13-4 win.

Zion Chapel earned 14 hits as a team with Sydney Boothe leading the way. She went 3-for-5 with three RBIs and two runs for the Lady Rebels, while Kaylee Hodge went 2-for-4 with two RBIs and a run. Shea Wambles also scored three runs.

Sydney Boothe pitched all seven innings in the circle and mowed down 11 batters, while giving up six hits and four earned runs.