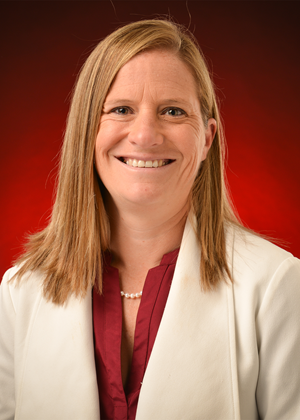 Mullins took a leave of absence for medical reasons just before the start of the 2022 season and the team has been led by co-interim head coaches Taylor Smartt and Holly Ward since then.

“Beth Mullins has done a tremendous job building our softball program into a consistent winner during her tenure as our head coach,” Troy Athletic Director Brent Jones said. “Her contributions and leadership to the program have moved Troy Softball onto the national stage with an NCAA Tournament appearance in addition to numerous Top 25 and Power Five victories.

“On behalf of Troy University Athletics, I want to thank Beth for her dedication to our softball program and its student-athletes over the past eight years. All of us wish her the best of luck in the future.”

Mullins has not spoken publicly since she took her leave of absence and only released a small statement along with her resignation.

“I want to thank Chancellor (Jack) Hawkins and our athletic administrator for the opportunity to lead this program for the last eight years,” Mullins said in her statement. “It has been a privilege coaching at Troy, and I look forward to seeing the program continue its forward momentum. Go Trojans.”

Mullins ends her Troy career with a career record of 208-150 with more than 30 wins in five of her seven years at Troy, including more than 30 wins in three of her final four seasons. The only season without 30 wins during that four-year stretch was the COVID-19 shortened 2020 season. Her 208 wins ranks second all time in Troy Softball history and the 2021 team’s NCAA Tournament berth was just the second in school history.

Smartt and Ward will continue to serve as co-interim head coaches for the remainder of the season and the university will conduct a search nationally for the next head coach.