Tuti Jones gets set for another NCAA Tournament appearance 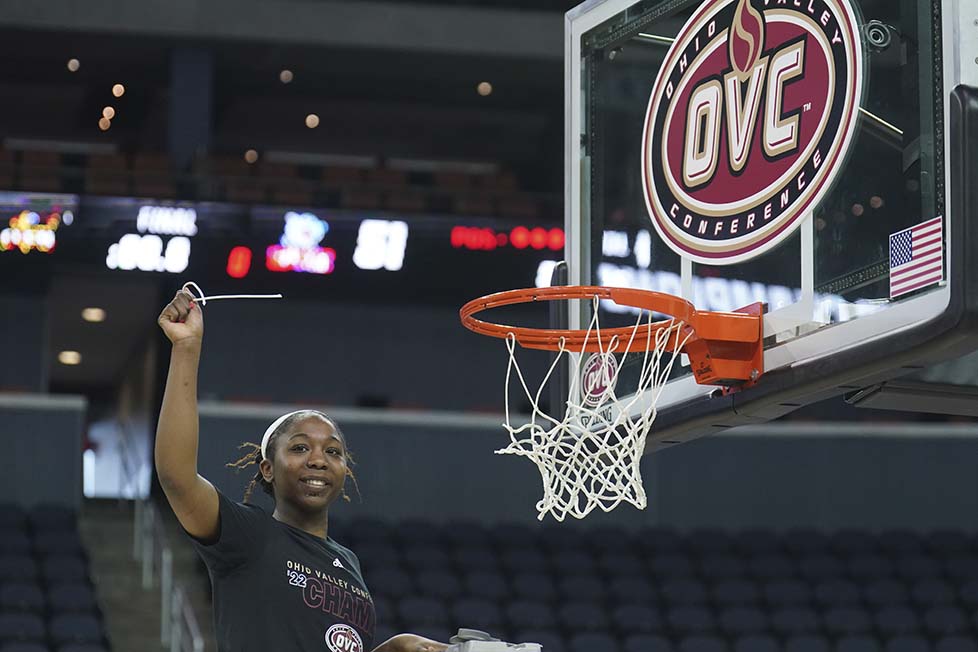 The Bruins captured the Ohio Valley Conference Championship last week – the school’s sixth conference championship in the last seven years – and punched their ticket back to the NCAA Tournament.

“I think it went pretty good,” Jones said of her sophomore season at Belmont. “We started (the season) off playing some really good teams, so it was difficult in the beginning, but in the end it was better for us because we learned from that and we learned to play together.” 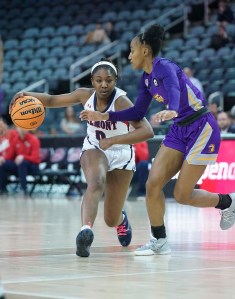 Belmont faced off against SEC schools Auburn, Arkansas and Ole Miss along with No. 17-ranked Georgia Tech and No. 10-ranked Louisville all in the first two months of the season. Down the stretch, the Bruins ended the season with 12 straight wins, including a 51-29 blowout of Tennessee Tech in the OVC Championship game. While Belmont blew out the competition in the championship game, Jones suffered a busted lip and cut chin on a bad fall during the game, which she said just further motivated her.

“When people say it’s all about the ‘blood, sweat and tears’ (of competing) that’s a perfect example of that,” Jones said.

Jones came to Belmont after a stellar high school career, where she played for her mother Dyneshia Jones-Elder, and winning the 2020 Class 5A State Championship as a senior. 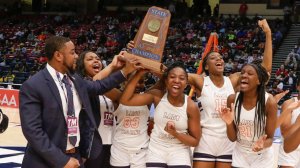 Jones and her CHHS teammates won the 2020 State Championship. (Photo by Dan Smith)

Jones said that the success she and her teammates saw in high school helped prepare her to have similar success in college.

“I think it helped a lot,” Jones said. “One of the main things about winning championships and games in the later parts of the season is there is a lot of pressure on you.

“We experienced that pressure in high school and how to deal with it. I think that makes me better equipped for doing it here.”

She was an all-state performer in high school and during her freshman year at Belmont, Jones had a solid first year and had an even better performance as a sophomore.

Belmont made it to the second round of the tournament last season. Jones said that while she’s excited about returning to the NCAA Tournament she’s even more excited about a more “normal” tournament experience this year.

Jones and her teammates are looking forward to making a deeper run into the tournament this season but have to stay focused to do so.

“I think we have to play together and focus on rebounding and defending,” she said. “I just think we ultimately have to stay focused and have fun to make it happen.”

The NCAA Tournament bracket will be revealed this weekend.