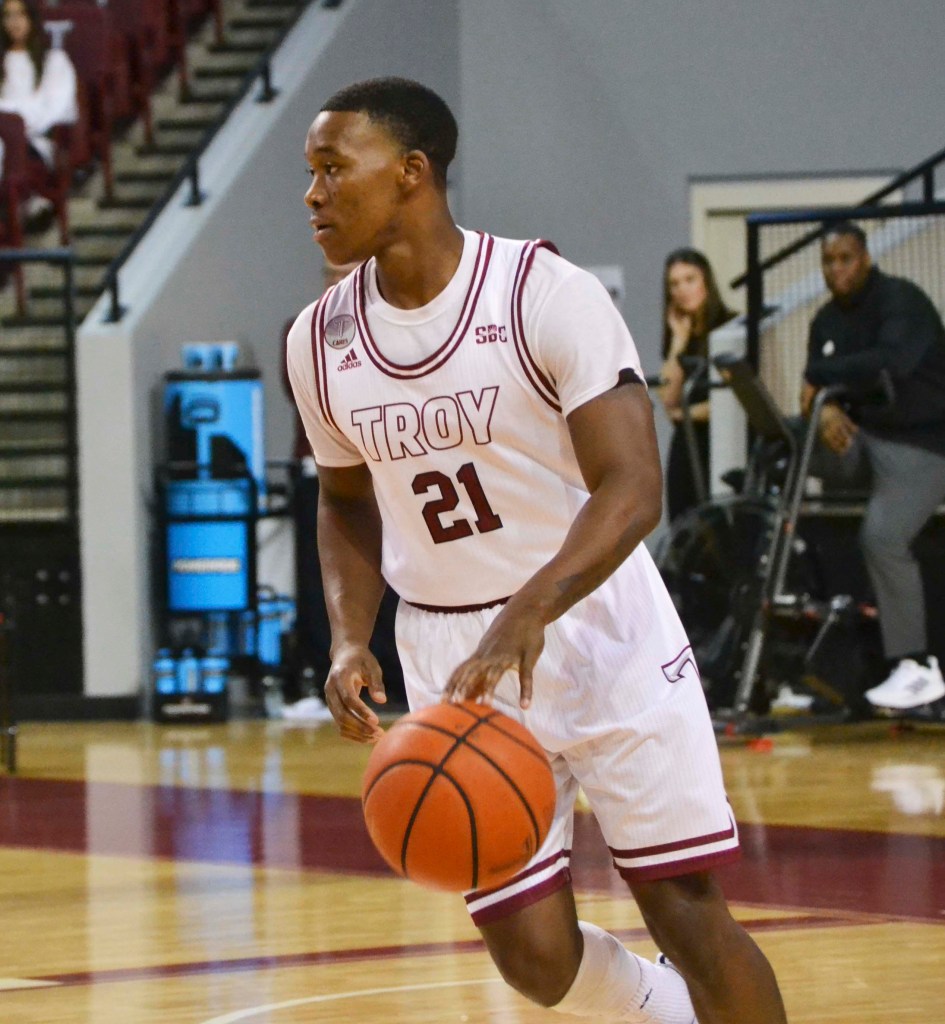 Duke Deen and the Trojans are heading to the CBI Tournament. (Photo by Josh Boutwell)

The postseason appearance will be the first for the Trojans since 2017 and the first under head coach Scott Cross. This is also the first time both the men’s and women’s teams have both made the postseason since 2017.

“We are extremely excited to be a part of the ‘Roman College Basketball Invitational,’” Cross said. “Our guys did an amazing job this year winning 20 games and have earned the opportunity to play in a postseason basketball tournament.

“I will be forever thankful to the players and coaches of our basketball team for working so hard to take our program to new heights. Our two seniors, Nick Stampley and Khalyl Waters, have been a part of this program since I was first hired almost three years ago, and they have helped transform our program and have helped us build a winning culture.”