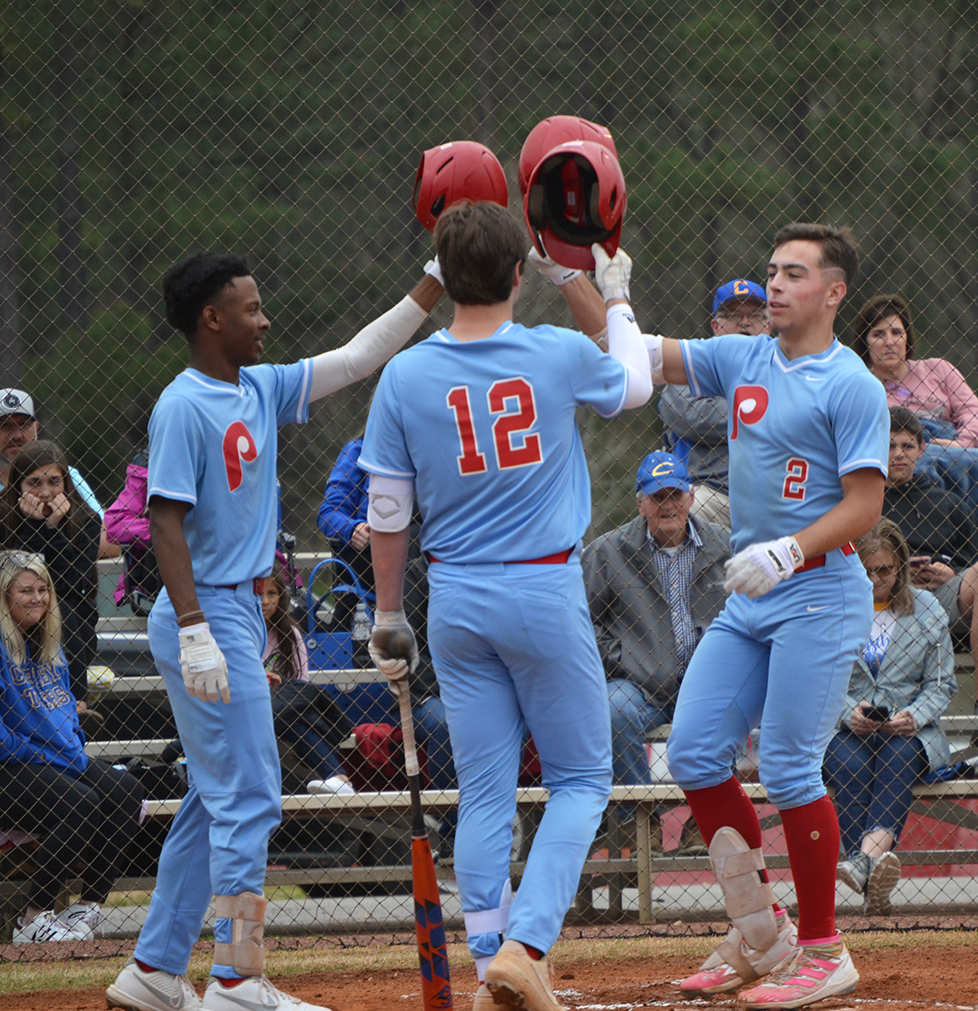 In game one, pitchers Will Rice and Arden Wiser combined to give up a grand total of two hits and no runs as the Patriots blanked Chipley 9-0. Rice spent six innings on the mound and mowed down 10 batters, while giving up two hits and no runs. Wiser pitched the final inning and gave up one hit, while striking out a pair of batters. 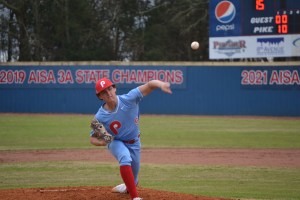 Will Rice struck out 10 batters against Chipley. (Photo by Josh Boutwell)

The Patriots also enjoyed a big game at the plate from Drew Nelson, who went 3-for-4 with a home run, one RBI and three runs. KC Bradford also went 3-for-4 and Darryl Lee went 2-for-3 with three RBIs and two runs. Cason Eubanks added two runs and Wiser scored one.

Pike won game two by a score of 4-1 as the Pats continued to boast stellar pitching and a big game at the plate from Wiser. Wiser went 2-for-3 with two homers, two RBIs and two runs. Lee also went 2-for-3 at the plate with an RBI. Lee toed the rubber for Patriots and struck out 10 batters, while giving up just one hit and one run on the day. Kade Brookins also pitched two innings and struck out five batters, while giving up one hit.