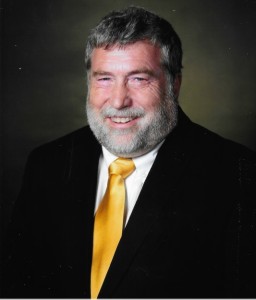 Horton, a Republican, said he is campaigning on a platform of fighting hypocrisy in government as well as life, liberty and the pursuit of happiness for constituents.

Horton opened Stormin’s Damage Free Towing in the late 1970s and grew it to the largest towing company in the Wiregrass with 16 trucks and 25 employees at the business’ peak. Horton said as a business owner, life had it’s ups and downs. But, he said he learned from his failures and how to pick himself up and move forward.

Horton said he worked alongside his employees and was dual certified as both a Master Auto and Master Truck Technician. Horton also served as a nationwide instructor and wrote monthly columns for several publications in the towing industry.

Horton also wrote some of the state’s towing requirements as well as served as a keynote speaker on a panel representing towing industry issues to U.S. Department of Transportation in Washington, D.C.

Horton is also a member of the International Towing and Recovery Hall of Fame in Chattanooga, Tenn.  Horton is also a graduate of the Alabama Aviation and Technical College with a degree in aviation maintenance.

Horton said after retiring from the towing industry, he has spent the better part of the past five years becoming involved in state government as a citizen. Horton said he has written bills and worked them through the House and Senate as well as fought against bills he believed would be bad for the state.

Horton said he believed it was time to continue his work in Montgomery as an elected official. He said he thought it was time to keep a closer eye on legislation that would be beneficial or harmful to Alabama and its people. So, he decided to seek the Republican nomination for Senate District 31.

Horton is married to his wife of 42 years, Roslyn New Horton. They have four children, Cindy, Brian, Michael and Becky.