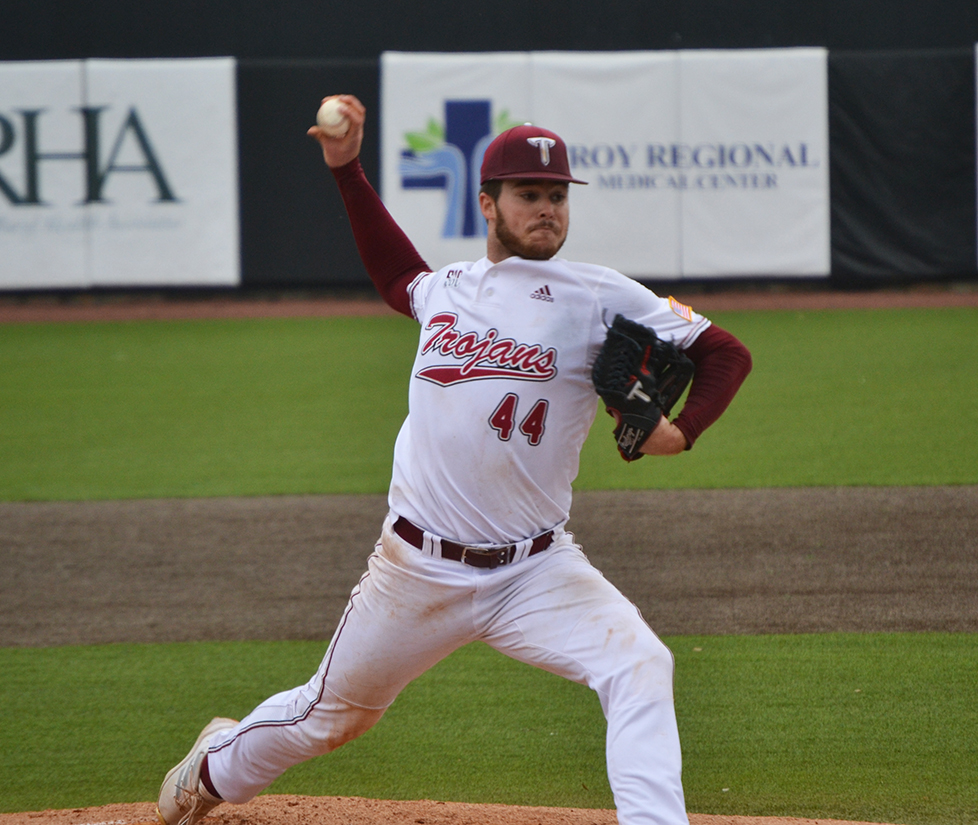 Troy pitcher Garrett Gainous struck out nine Hoosiers in a Troy win over Indiana on Friday. (Photo by Josh Boutwell)

A dominating performance from pitcher Garrett Gainous on March 11 lifted the Troy Trojans baseball team past the Big 10’s Indiana Hoosiers by a score of 2-1 in the first of three games this weekend.

Gainous mowed down nine batters and gave up just two hits with no runs in six innings on the mound. Dominant pitching on both sides led to a scoreless tie going into the sixth inning when the Trojans’ bats finally came alive. Catcher Clay Stearns drove home Rigsby Mosley and then Easton Kirk drove Seth Johnson home to give the Trojans a 2-0 lead. Indiana cut the lead to 2-1 in the top of the ninth inning but the Troy defense closed the game out to secure the win.