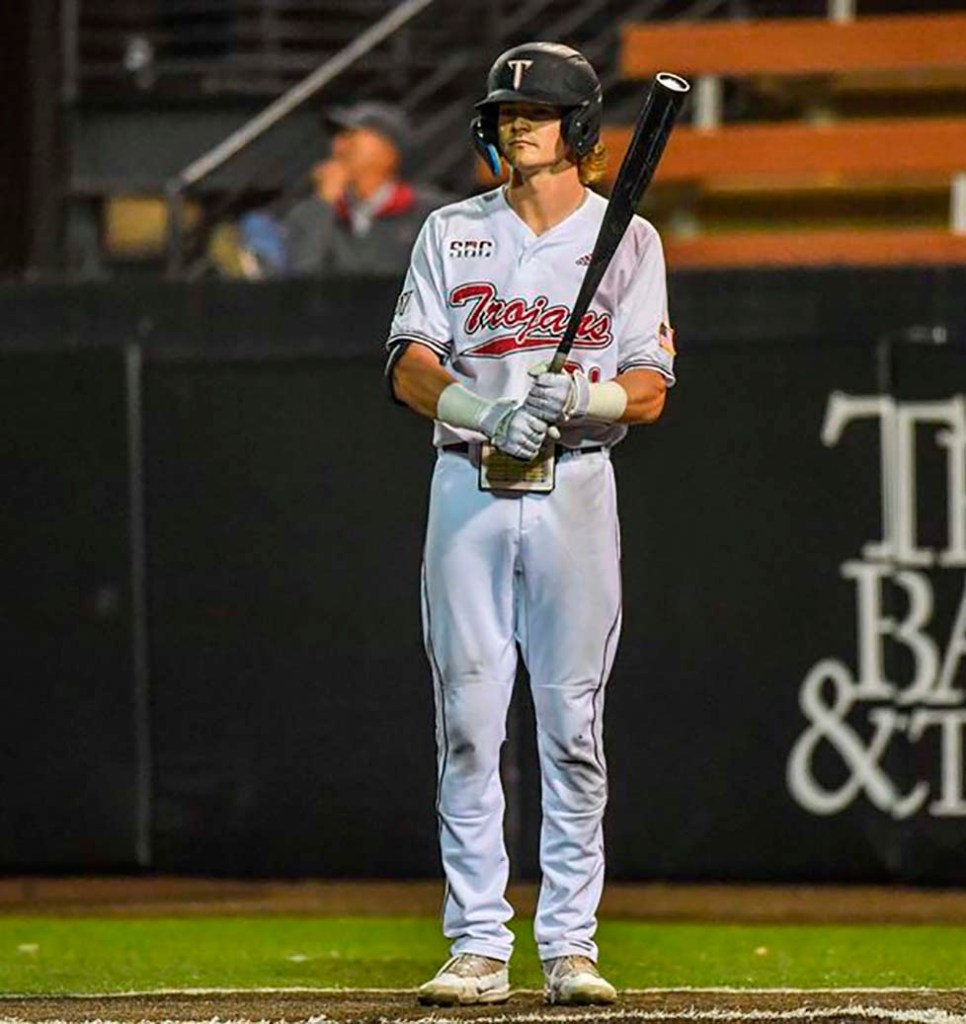 The Troy Trojans made quick work of the Jacksonville State Gamecocks on March 9 by a score of 14-6, powered by some stellar hitting.

Troy led 1-0 going into the third inning when the Trojans scored 10 runs and never looked back. Troy’s Donovan Whibbs went 2-for-2 at the plate with one RBI and two runs, while Easton Kirk went 2-for-3 with three RBIs and two doubles. Seth Johnson also hit a two-run home run in the win.

Meanwhile, senior Rigsby Mosley earned the 58th double of his career, setting the new Troy school-record for doubles in a career. Mosley also set another personal mark, earning his first career start on the mound. Mosley pitched two innings and fanned four batters, while giving up no hits or runs. Keaton Fuller also pitched three innings and struck out five batters, while giving up one hit and one earned run.

Troy is back at home this Friday for the start of an eight-game home stretch. Troy will host the Big 10’s Indiana for three games this weekend.