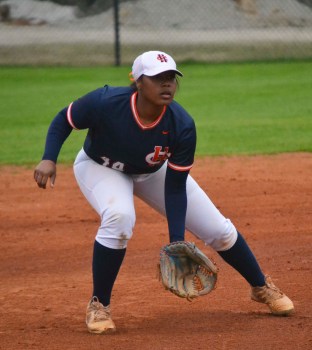 Dakota Berry and the Lady Trojans picked up another win on Tuesday. (Photo by Josh Boutwell) 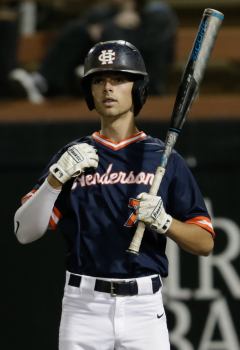 Both the Charles Henderson baseball and softball teams hit the road on March 8 for the start of a long road swing for both squads.

The Lady Trojans softball team (11-6) jumped out to a 2-0 lead over the Carroll Lady Eagles in the second inning and then extended their lead to 4-0 in the top of the third inning.

Carroll managed to score its only runs in the bottom of the third inning to cut the lead to 4-2 but Charles Henderson answered with four runs in the fifth inning and four in the sixth inning to secure a 12-2 win.

Stella Gilbreath hit her seventh home run of the season against Carroll, which is also her third dinger in the last four games. In all, she’s hit a home run in six of Charles Henderson’s 17 games so far this season. Gilbreath went a perfect 4-of-4 with the home run, two RBIs, a double, a triple and four runs. She also stole a base.

In all, Charles Henderson had 14 hits in 33 at bats as a team against Carroll with a home run, three doubles and four triples on the day. Molly Garrett went 2-for-3 with two RBIs, two doubles and two runs. Lakayla Sellers went 3-for-4 with an RBI. Madison Stewart and Savannah Herndon scored two runs, while Dakota Berry and Madison Allen scored a run each.

Garrett pitched all six innings and struck out three batters, while giving up one hit and no earned runs.

The Trojans baseball squad (3-9) went up 2-0 over Rehobeth in the top of the first inning before Rehobeth exploded to score six runs in the bottom of the inning and never looked back as Charles Henderson fell 15-5.

Wes Templin, Brady Huner and Damien Hart each earned two hits on the day, while Templin scored three runs and Huner scored the other two runs for the Trojans. Huner also hit a home run.

The Trojans remain on the road next Tuesday, March 15, at Enterprise, while the Lady Trojans will travel to Andalusia on March 10.