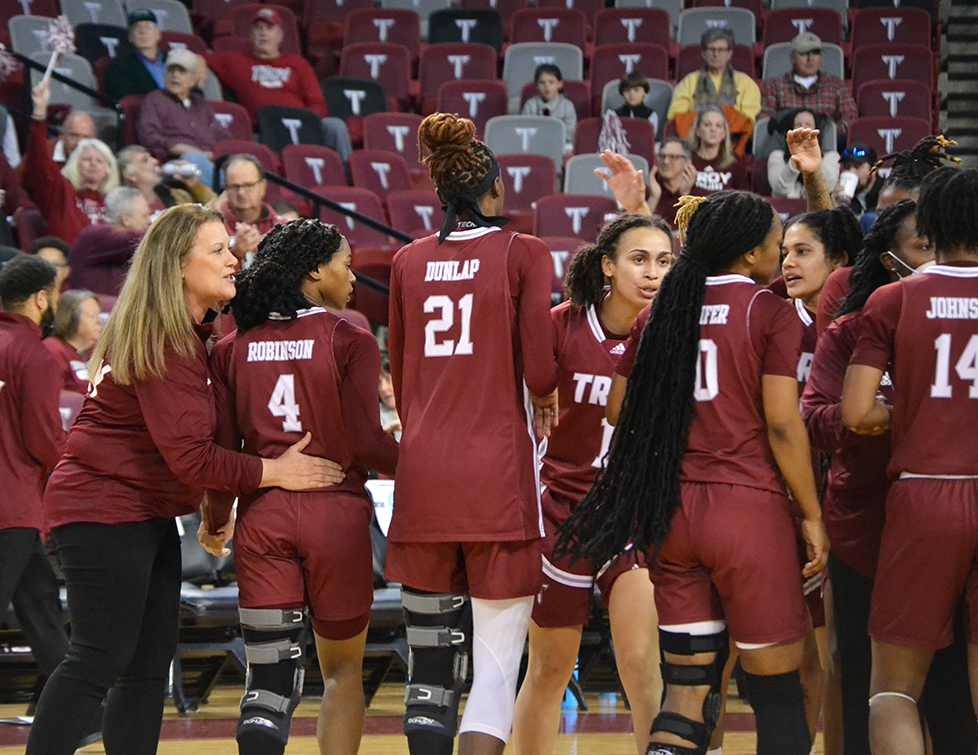 Chanda Rigby and her Trojans will compete in the WNIT later this month. (Photo by Josh Boutwell)

Troy accepted the invitation just one day after the Trojans lost to UT-Arlington in the Sun Belt Conference Tournament Championship. As the conference’s regular season champion, and tournament runner-up, Troy was the Sun Belt’s automatic qualifying team for the WNIT. This is the just the second time that the women’s team will have competed in the WNIT after losing to UAB in the first round in 2019.

“I can’t wait to lead this group of Trojan Warriors into the WNIT battle,” Troy coach Chanda Rigby said. “We have worked all year to try to achieve post-season success, and now, we have this great opportunity before us.”

The WNIT bracket will be released on March 14 with first round games set to be held March 16 through March 18 on on-campus sites.