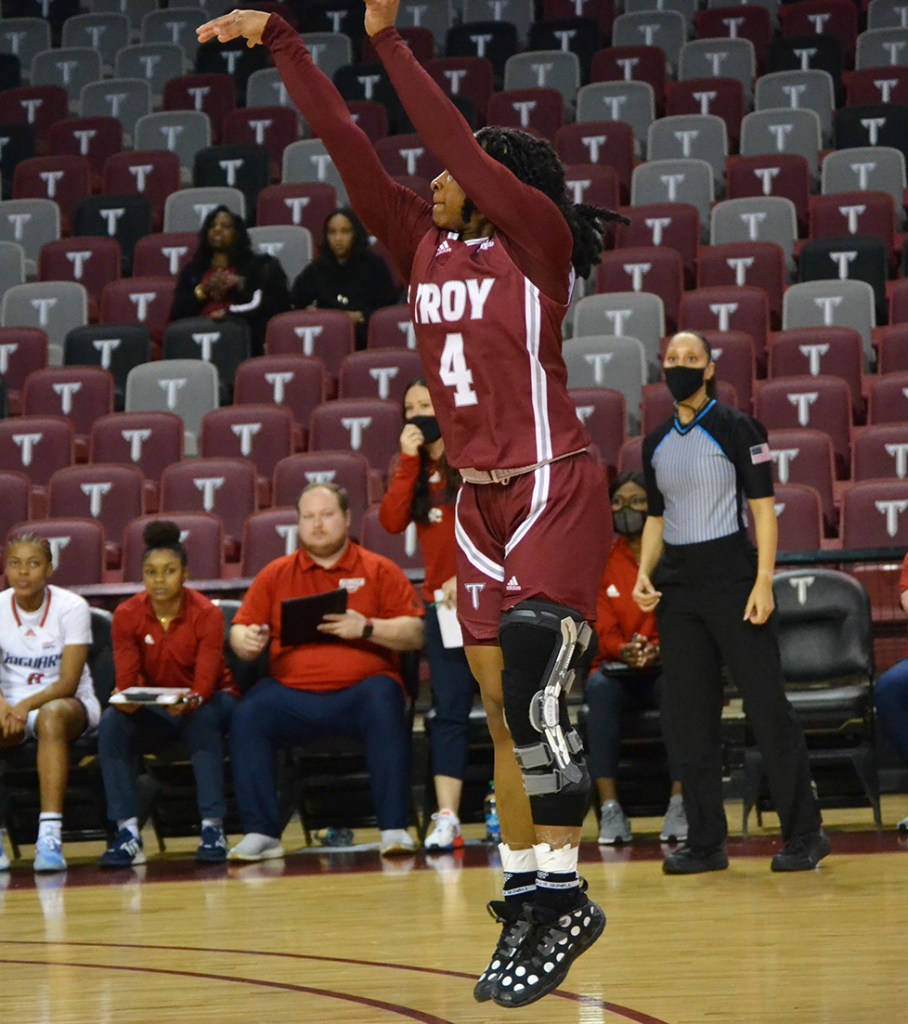 Tina Stephens (4) and the Troy Trojans fell to UTA in the conference championship.

The Troy Trojans failed to earn their second consecutive Sun Belt Conference Championship on March 7 when a fired up UT-Arlington Mavericks beat the Trojans 76-61 in the conference tournament finals in Pensacola, Fla.

UTA took a 25-13 lead into the second quarter after hitting 4-of-6 three-point attempts in the opening period. Troy trailed 43-24 at halftime after turning the ball over 13 times in the first half. Troy – the No. 1 rebounding team in the country – was also out-rebounded 27-19 in the first half.

Troy trailed by as many as 18 in the second half but did manage to cut the lead to 55-42 going into the fourth quarter. UTA, however, began to pull away again in the fourth quarter and the Trojans simply had no answer for UTA’s Starr Jacobs, who was name Sun Belt Player of the Year last month.

The Trojans were out-rebounded in the game 51-46 and had 20 turnovers. Troy also shot just 29 percent from the field, while UTA knocked down 40 of its shots.