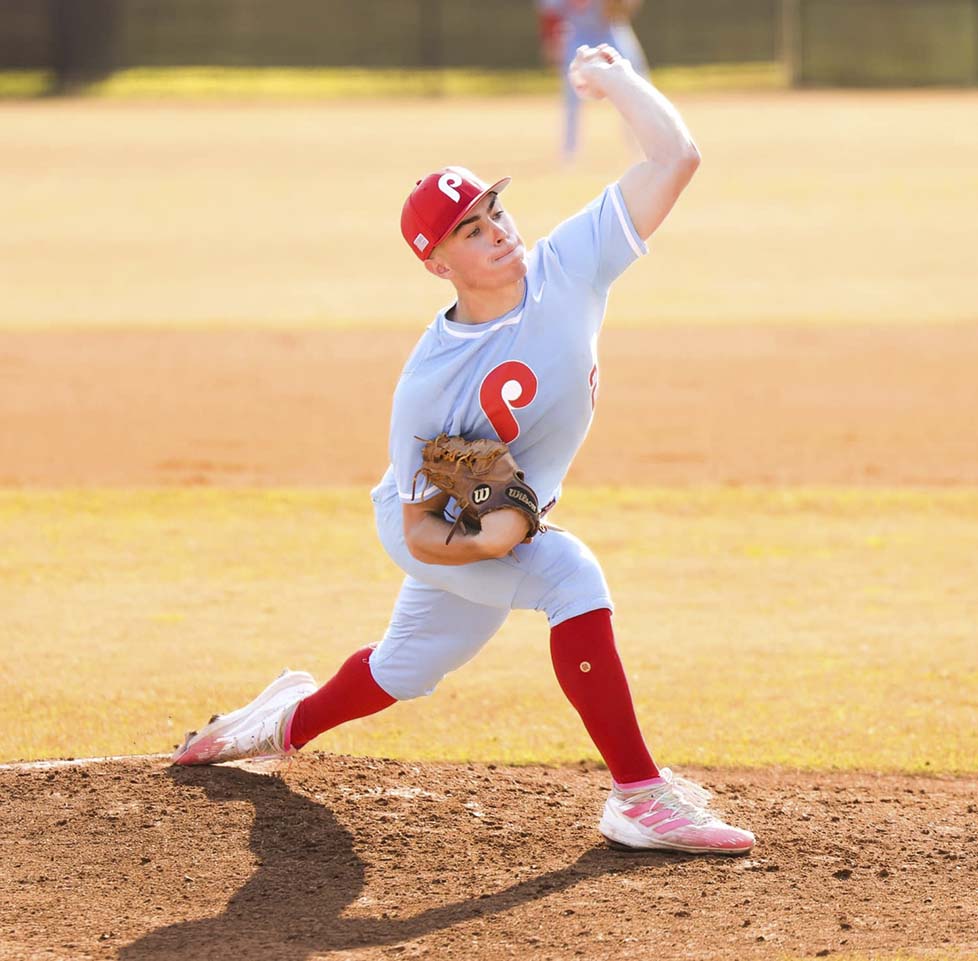 Drew Nelson (2) and the Patriots competed in the Perfect Game Showdown this weekend. (Photo by Candace Nelson)

Pike started off the tournament with a scoreless tie with Georgia’s East Cobb-Grey before dropping a 12-0 loss to the P27 Academy Blacksmiths from South Carolina.

Pike’s Press Jefcoat pitched all seven innings against East Cobb-Grey, giving up just one hit and no runs along with mowing down 13 batters on the day. Pike earned just three hits as a team in the tie.

Pike’s cold bats continued against the Blacksmiths as Daryl Lee’s lone hit was the only one of the day for the Patriots. Drew Nelson pitched four innings and struck out eight batters, while giving up four hits and two earned runs.

Pike rebounded a dominant 12-2 win over CBI International out of Puerto Rico. Catcher John Lott led the Pats at the plate, going 2-for-2 with two RBIs and a run. KC Bradford also earned a home run in the win. Lee pitched two innings and gave up no hits or runs, while striking out five batters. Levi Deboer struck out two batters, while giving up three hits and two earned runs.

Pike capped off the weekend with another dominant performance, earning a 10-2 win over the Port St. Lucie-Albany Paulies from Florida. Nelson went 2-for-3 with three triples, two RBIs and two runs in the win. Will Rice pitched three and 2/3 innings with five strikeouts, while giving up three this and just one earned run. Kade Brookins also pitched two and 1/3 innings with no hits or runs allowed.

The Patriots will play Mosley High School out of Florida on March 9 at Troy University’s Riddle-Pace Field at 3:30 p.m. Mosley is the reigning Class 5A State Champions in Florida.