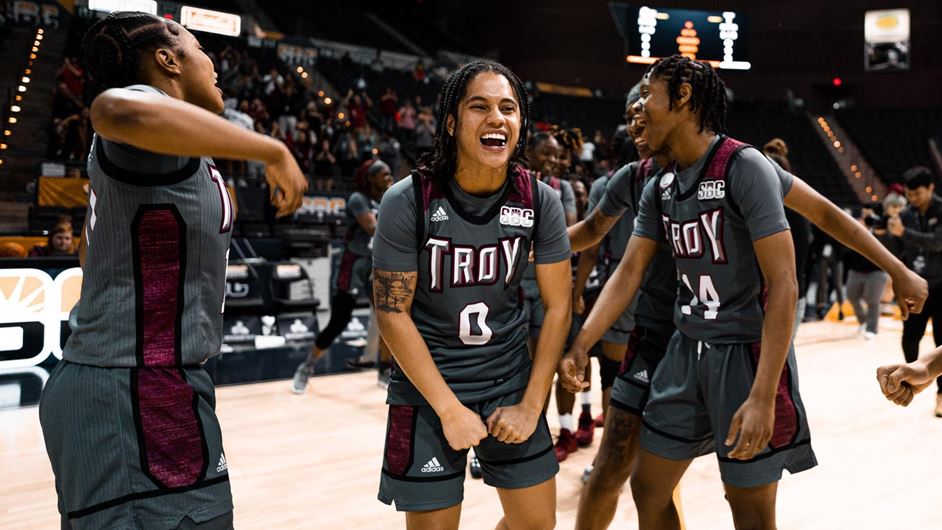 The Troy Trojans women’s basketball team is once again headed to the Sun Belt Conference Tournament Championship after knocking off Little Rock in the tournament semifinals on March 6 by a score of 62-59.

Troy (24-7) picked up the win despite trailing early. Little Rock led 13-12 in the first quarter and took a 30-24 lead into halftime. The Trojans, however, dominated the third quarter outscoring Little Rock 22-12 to take a 46-42 lead into the fourth quarter. Little Rock managed to cut the lead to three with under a minute remaining but the Trojan defense held on for the win.

“We are really happy to be here after such a tight game,” Troy coach Chanda Rigby said. “Little Rock had a great game plan.

“All year, Felmas Koranga has been a go-to-player for us, but they triple teamed her. Jhileiya Dunlap came off the bench today and refused to lose. She stepped up in big ways and I am very proud of her.”

Troy will play UT-Arlington in the Sun Belt Conference Tournament Championship tomorrow at 1 p.m. from the Pensacola Bay Center in Pensacola, Fla.