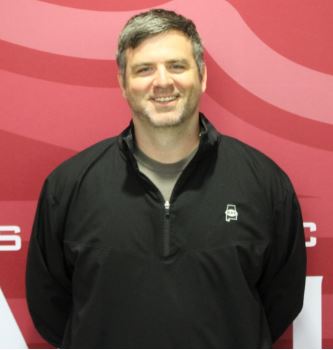 Coffee County Schools Board of Education announced at a recent school board meeting that Cody Keene has been hired to lead the Zion Chapel High School football program as the school’s new head football coach.

Keene is the son of longtime football coach Charles Keene Jr., who previously was the head coach at Northview High School in Florida and Ashford High School. Keene graduated from the University of West Florida in Pensacola, Fla. and started his football career when he was still a college student as an assistant coach at Northview.

After five years at Northview, Keene moved on to work as a football coach in the State of Alabama. He’s had stints at Houston County, Smiths Station, Dadeville, Auburn, Charles Henderson, Zion Chapel and Russell County. Keene has experience as a defensive coordinator for four years and as an offensive coordinator for three years. While Keene’s specialty has been coaching quarterbacks and safeties, he’s coached almost every position on the football field. For the past three seasons he has spent time as an offensive coordinator – for two seasons – and then as the athletic director and quarterbacks coach for the last year at Russell County.

Keene, who previously coached at Zion Chapel, said that the community around the Zion Chapel program was a big factor for his decision to come back.

“I worked there before and it’s a great place with great people,” he said. “It checks a lot of boxes for my family. What is taking us back there is the community and the people, we want to be a part of that again. There are a lot of special people right there in Coffee County.”

Keene and his wife have three young children and he said that bringing them up in the community in Coffee County is something he’s looking forward to but he also believes that former head coach Randy Bryant laid a solid foundation that he wants to build on.

“It’s improved a lot over the years and I think it’s a place where people want (the program) to be successful and I believe it can be successful,” he said.

Keene said no one around the Zion Chapel program will put more pressure on him than he will place on himself.

“If you’re a competitor you always want to compete for a championship, that is the ultimate goal,” he said. “I don’t think anyone can put more pressure on me than myself.

“We want to produce quality human beings in our athletic programs and our football program. We want to give them a big time experience, too, even though it’s a small school. You never make any promises about results but at the end of the day if you do the right things the right way all the time, things will work out for you more often than not.”

Keene said that he believes he and his staff can use the small-school experience to their advantage, as well.

“Being able to get to know kids from the time they get on campus and building that relationship for 12 years with them is something that is special and you can only really do that in a small-school environment,” he said.

Keene emphasized that Bryant did a great job laying down the foundation and creating a positive culture in the Zion Chapel football program, but the mentality of the team is something he wants to ensure changes.

“The culture here is excellent and the program is in good shape but the mentality here has been when you get a little behind and things go poorly, there has been a sort of white flag mentality,” he said. “That has to go. It’s time for Zion Chapel to raise the black flag, which is an aggressive mentality. We need to be tough, physical and strong, physically and mentally, and that can solve a lot of problems we have at Zion Chapel.”