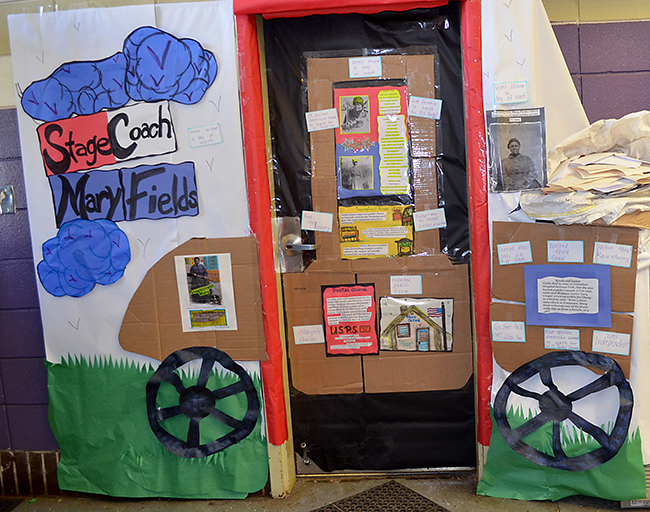 Black History Month, celebrated from February 1 until March 1 each year, is an opportunity to understand Black histories, going beyond stories of racism and slavery to spotlight Black achievement.

Students at Goshen High School acknowledged Black History Month 2022 with the focus on Black achievements that are perhaps lesser known.

The students in representing classrooms claimed a person to represent and decorated a door celebrating the achievements of that person.

“There was information about those on the decorated doors but there is a lot more to learn about them,” Bristow said. “I want to know more than the information on the door. I think other students do, too.”

Bristow said he already knew some things about Jackie Robinson, the baseball player, but he didn’t know anything about Mary Fields, the stagecoach driver.

“She was a very brave and interesting person,” he said. “I would like to know more about both of them.”