Trojans clash with Tide in T-Town 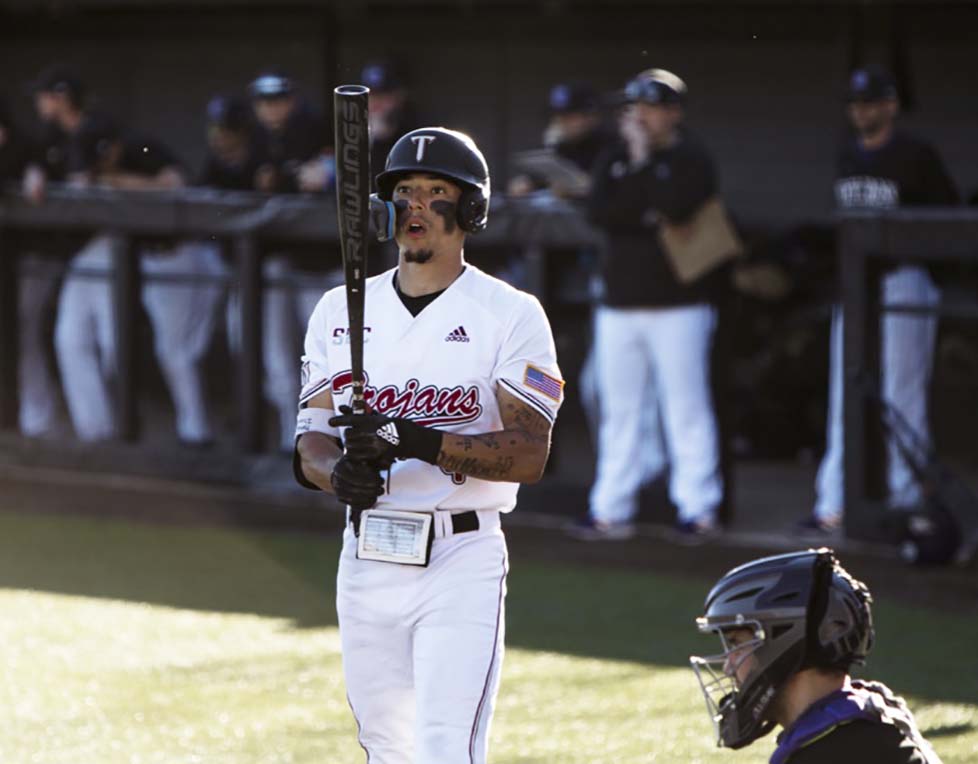 Trey Leonard (2) and the Trojans struggled against Alabama on Wednesday. (Photo courtesy of Troy University Athletics)

The Troy Trojans baseball team (5-4) hit the road on March 2 and faced off against the SEC’s Alabama Crimson Tide (6-4) in Tuscaloosa, falling 8-1 in a frustrating game for the Trojans.

Troy struggled at the plate against Alabama all game, not earning a single base hit in the first six innings, before William Sullivan finally earned a single in the top of the seventh. Alabama scored two runs in the first inning and then one run in each of the next three innings to take a 5-0 lead going into the fifth. In the sixth inning, Alabama scored another pair of runs and then a final Crimson Tide run in the seventh inning. Troy finally got on the board in the ninth inning when Sullivan hit a RBI single that drove Trey Leonard home. That would be the only run the Trojans would earn, however.

Sullivan was the only Trojan to earn multiple hits, going 2-for-4 with an RBI. Jesse Hall and Leonard were the only other Troy players to earn a hit on the day.

Zane Denton led the Tide at the plate, going 3-for-4 with a home run, two RBIs and two runs. Jim Jarvis also went 3-for-5 with a run, while Camden Hayslip also earned himself a dinger.

Jacob McNairy pitched a career high seven innings for the Crimson Tide and mowed down seven batters, while giving up a single hit and no runs.

Troy will look to rebound this weekend at home in a three-game series with Kennesaw State beginning on March 4 at 6 p.m. inside Riddle-Pace Field.