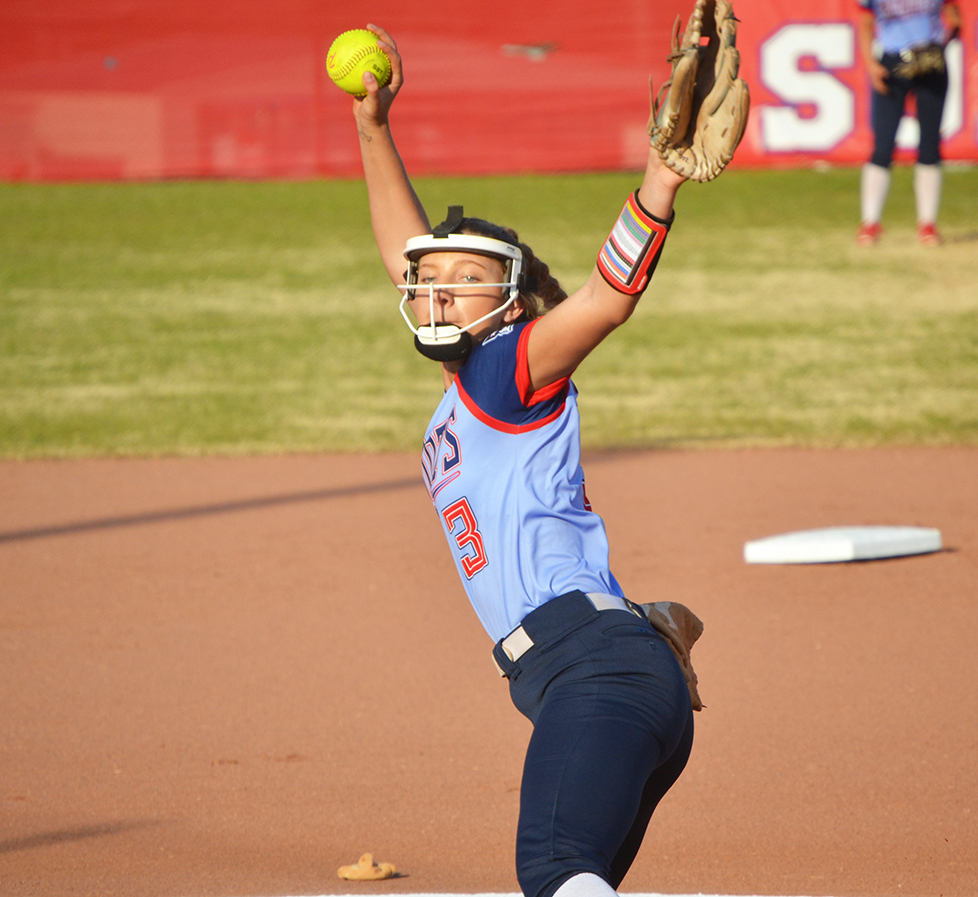 The Pike Liberal Arts Lady Patriots (3-6) softball team picked up an 8-4 home win against the Wiregrass Kings on March 3 after pulling away late.

The Kings actually took the lead first, scoring a run in the top of the third inning to go up 1-0, before the Lady Patriots scored three runs in the bottom of the inning to take a 3-1 lead. Pike extended the lead 4-1 in the fourth inning and then the Kings cut the lead to 4-2 in the top of the sixth.

Lakin Harrell also went 3-for-3 at the plate with two runs and Bella Maulden pitched two and 2/3 innings, striking out three batters, while giving up four hits and one earned run.

Caroline Davenport led the way for the Kings, going 2-for-3 at the plate with a home run, one RBI and two runs. Hannah Phillips pitched six innings and retired three batters, while giving up 10 hits and three earned runs.