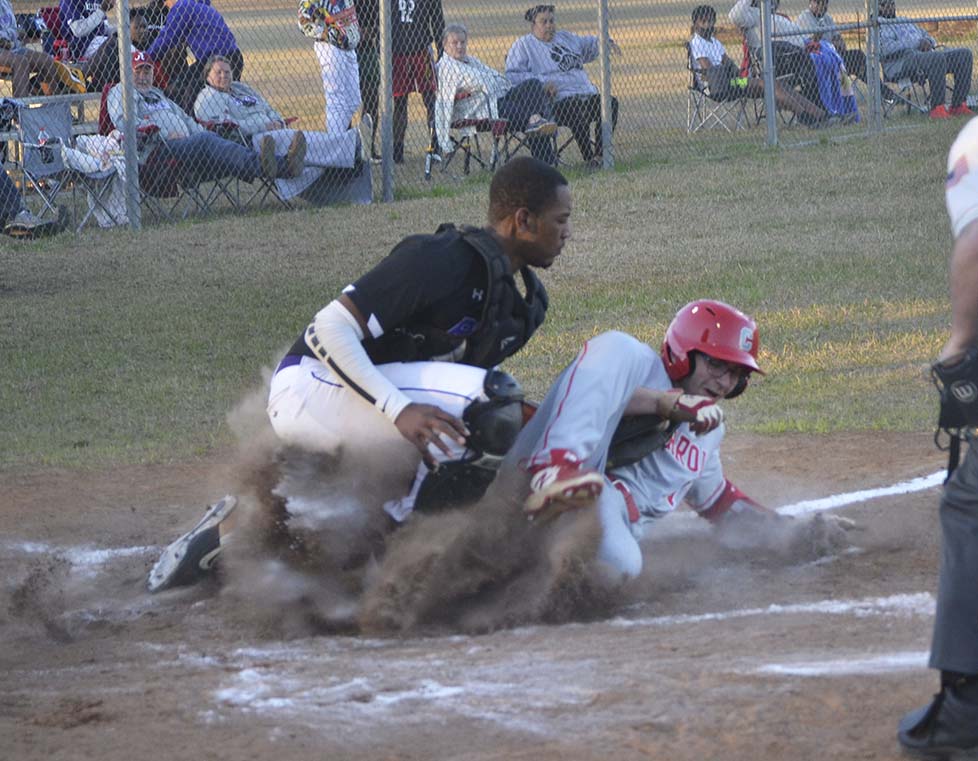 Both the Pike County baseball team and softball team had a tough day on March 1 with the Bulldogs falling to Carroll at home and the Lady Dawgs falling to Luverne on the road.

With the Pike County Bulldogs trailing Carroll 5-3 going into the fourth inning, the Eagles broke the game open with 10 runs in the fourth inning. Carroll secured the win with one more run in the fifth inning.

Pike County had just three hits as a team as Patrick Countryman led the way going 2-for-3 with two runs. Kemel Flowers scored the other Bulldog run.

Omari Barrow pitched three innings and struck out seven batters, while giving up three hits and no earned runs on the mound.

Bryce Coleman led Carroll at the plate, going 1-for-4 with four RBIs and two runs. Mason Wimberly pitched all five innings and struck out seven batters, while giving up three hits and two earned runs for the Eagles.

The Lady Bulldogs also struggled at the plate, going just 2-for-20, with Amber Kidd and Auriel Moultry earning the lone hits of the day.

After Luverne took an early 1-0 lead in the first inning, the Lady Tigers scored three more runs in the third inning and then scored one run in the fifth and five in the sixth inning to cap off the 10-0 win.

For Luverne, Indya Johnson went 3-for-4 with three runs, while Zyan Peterson went 3-for-3 with four RBIs, a home run and one run. Lacey Kelley struck out nine batters in the circle and gave up just two hits and no runs in six innings.