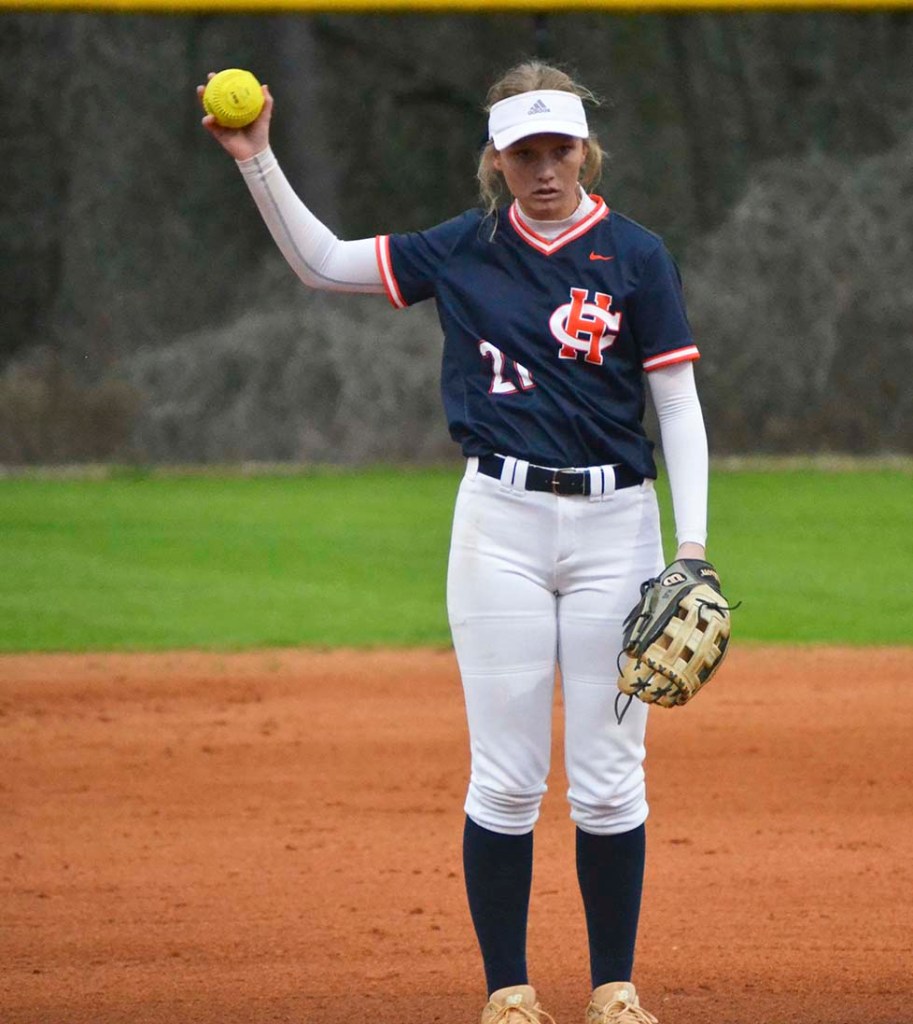 Hannah Sparrow (21) and the Lady Trojans came back to beat Opp on Tuesday. (Photo by Josh Boutwell)

The Charles Henderson Lady Trojans (6-4) earned a dramatic win over the Opp Lady Bobcats at home on Tuesday, March 1, in extra innings.

Opp scored three runs in the top of the third inning to take control of the game but the Lady Trojans fought their way back into it. In the bottom of the fourth, Dakota Berry started off the comeback drilling a hard ground ball into center field to drive home Madison Stewart and cut the Opp lead to 3-1.

Heather Maxwell blasted a line drive triple into right field that drove home Jada Jones to bring Charles Henderson within one run in the fifth inning, and then Maxwell scored a run off a fly ball from Stewart in the bottom of the seventh inning to tie the score 3-3.

After the Lady Trojans forced three outs in five batters in the top of the eighth inning, Molly Garrett singled a ground ball into center field driving home Sara Gilbreath for the game-winning run and complete the comeback.

Garrett led CHHS at the plate, going 2-for-4 with an RBI, while Stewart went 2-for-4 with a run. Hannah Sparrow pitched five and 2/3 innings in the circle, striking out six batters and giving up five hits with no runs. Gilbreath also pitched two and 1/3 innings with one strikeout along with four hits allowed and three earned runs.

Reese Cauely went 3-for-4 at the plate with a run for Opp and also pitched the entire game, fanning 13 Lady Trojan baters, while giving up eight hits and four runs.