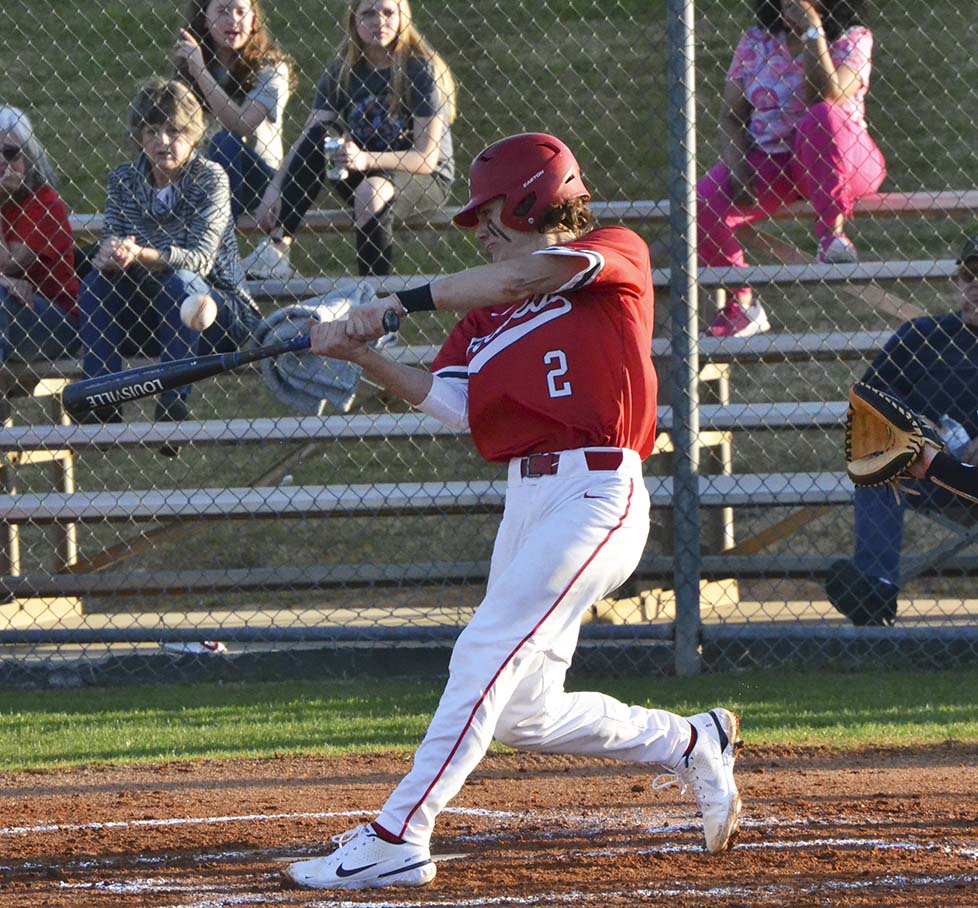 Brayden Watson (2) and Zion Chapel picked up a 10-2 win over Pike County this week. (Photo by Josh Boutwell)

The Zion Chapel Rebels baseball team picked up a 10-2 win over the Pike County Bulldogs on Feb. 28 to close out the month on a high note.

Zion Chapel jumped out to a 2-0 lead in the first inning and scored three more runs in the third inning. Another run in the fourth inning extended the Rebel lead to 5-0 before the Bulldogs cut the lead to 5-2 in the top of the sixth. Zion Chapel answered with four more runs in the bottom of the sixth inning and held Pike County scoreless in the seventh to secure the win.

The Rebels only managed three hits on the day with Morgan Sanders, Brodie Stinson, Dayne Bannin, Wes Braisted, Mason Stuart, Joseph LeGear and Ian Herbert all scoring one run each.

Austin Jordan pitched four innings on the mound for the Rebels and struck out 10 batters, while allowing just one hit and no runs. Stuart pitched an inning and gave up two hits and two earned runs, while striking out a pair of batters. Kevin Dowdy also pitched two innings and fanned three batters.

The Zion Chapel Lady Rebels also played on Monday night, falling to Samson at home by a score of 3-2.

Samson scored all three runs in the top of the first inning jumping out to the early 3-0 lead. In the bottom of the fourth, Alexus Wambles stole home to cut the lead to 3-1.

In the bottom of the seventh inning, Riley Bannin scored on another steal to cut the lead to 3-2. With a runner in scoring position, and Zion Chapel facing two outs, Samson’s Caylee Johnson secured a strikeout to earn the win.

Samson earned four hits as a team with Emma Lee, Alli Godwin and Christina Smith scoring the three runs. Johnson pitched all seven innings and struck out 14 batters, while giving up just one hit and two runs.