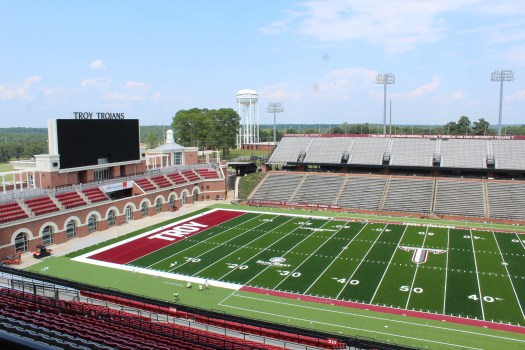 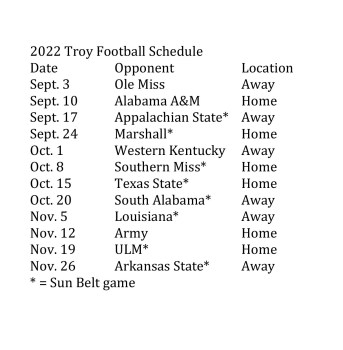 As the Sun Belt Conference finalized its 2022 football schedules this week, Troy University released its schedule on March 1.

The 2022 season will see Southern Miss, Old Dominion, Marshall and James Madison join the Sun Belt Conference despite ongoing litigation between three of those schools and Conference USA. Those new schools mean new divisions for the Sun Belt, as well.

“It’s always exciting to finally have your schedule in hand, but it doesn’t matter much to us who is on it because we are going to line up and play against whoever is across from us each week,” Troy coach Jon Sumrall said. “The home schedule is one that I know our players are looking forward to and features a lot of intriguing matchups for our fans, as well.” 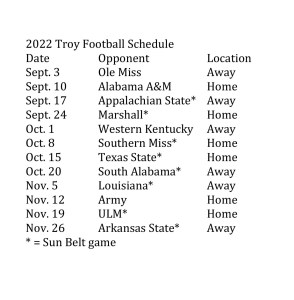