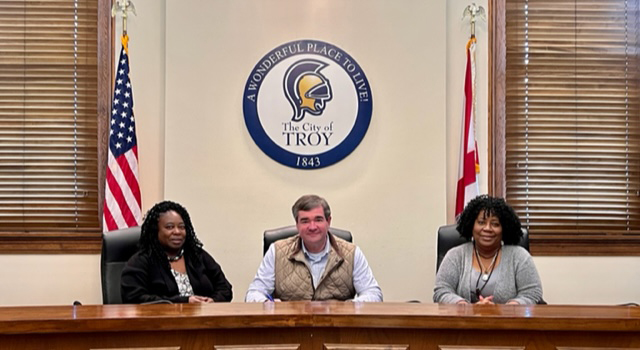 “Black History Month aims to bridge the gap created by American history’s failure to recognize, pay tribute, and accurately acknowledge, portray, and record the contributions and inventions of Blacks,” Reeves said. “Many African Americans lived, toiled, and died in obscurity, never achiev-ing the recognition they deserved, and yet paved the way for future generations to succeed.”

“African Americans reflect a proud legacy of courage and dedication that has helped guide our na-tion’s success and prosperity,” Reeves said. “The observance of Black History Month calls our nation’s attention to the continued need to battle racism and to build a society that lives up to it democratic ideals.”

With that said, Mayor Reeves proclaimed the month of February as Black History Month in Troy. He encouraged the city’s citizens to celebrate the diverse heritage and culture of the United States and continue efforts to create a world that is more just, peaceful, and prosperous for all.